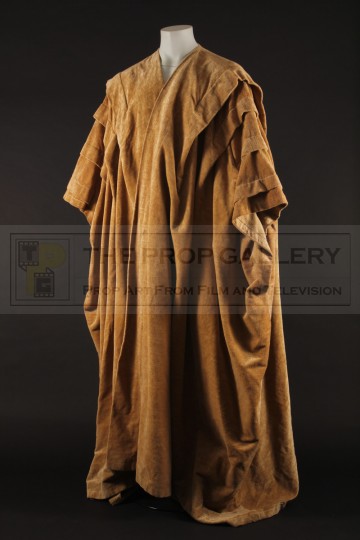 From the 1976 serial The Deadly Assassin starring Tom Baker as The Doctor is this original Time Lord robe, part of the costumes visioned by noted designer James Acheson and created by freelance effects artist Allister Bowtell and the BBC Wardrobe Department.

The floor length Arcalian Chapter robe is constructed from heavyweight orange curtain material and features pleated detail to the shoulders and arms, to the interior collar a wardrobe tag hand inscribed 'FUT469'. These robes were subsequently reused in other serials to include The Invasion of Time and beyond.

The wardrobe remains in excellent screen used condition, frequently damaged and repaired this is a particularly fine example.