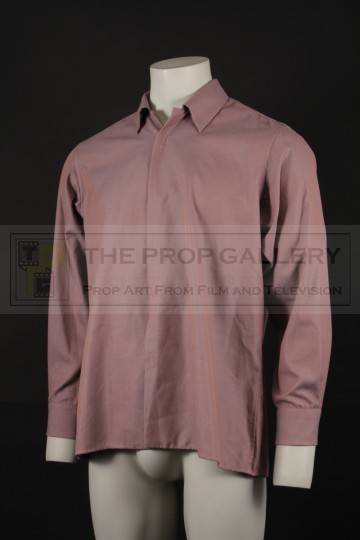 This shirt was bespoke made for Robin Williams as Andrew Martin by noted theatrical tailors Anto of Beverly Hills. Constructed from a brown material with a minor iridescent quality the shirt features concealed Velcro fastenings rather than more traditional buttons and is tagged with his initials below the interior label and the date May 1999.

A fine example of principal character wardrobe from this Academy Award nominated picture.