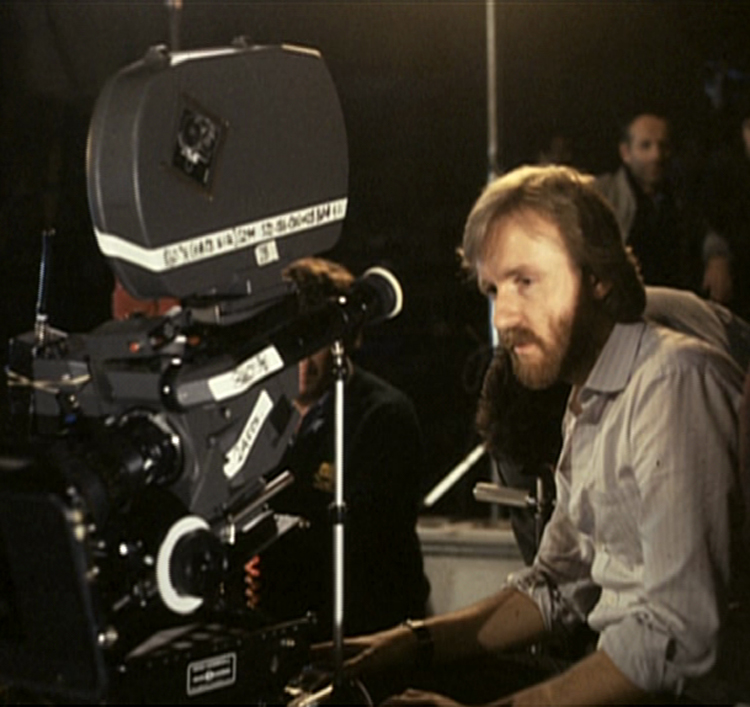 Aliens is a 1986 science fiction action picture directed by James Cameron and the sequel to Ridley Scott's highly regarded Alien (1979), it is the second instalment in the popular movie franchise which includes the prequel Prometheus (2012), its sequel Alien: Covenant (2017), the spin-off Alien vs Predator (2004) and its sequel Requiem (2007). Sigourney Weaver reprises her role as Ellen Ripley returning to the planet where her crew encountered the hostile extraterrestrial creature, this time accompanied by a unit of Colonial Marines, this would see Weaver receive a nomination for the Academy Award for Best Actress and cement her status as a major female action hero, the movie also stars Michael Biehn, Carrie Henn, Lance Henriksen and Paul Reiser. Aliens went on to become a tremendous success grossing $180 million worldwide, it was nominated for seven Academy Awards, at a time where science fiction went largely unrecognised by the Academy of Motion Picture Arts and Sciences, winning two and countless other awards including a BAFTA, today it is considered an influential classic of the genre and is widely regarded as one of the greatest sequels in the history of cinema. 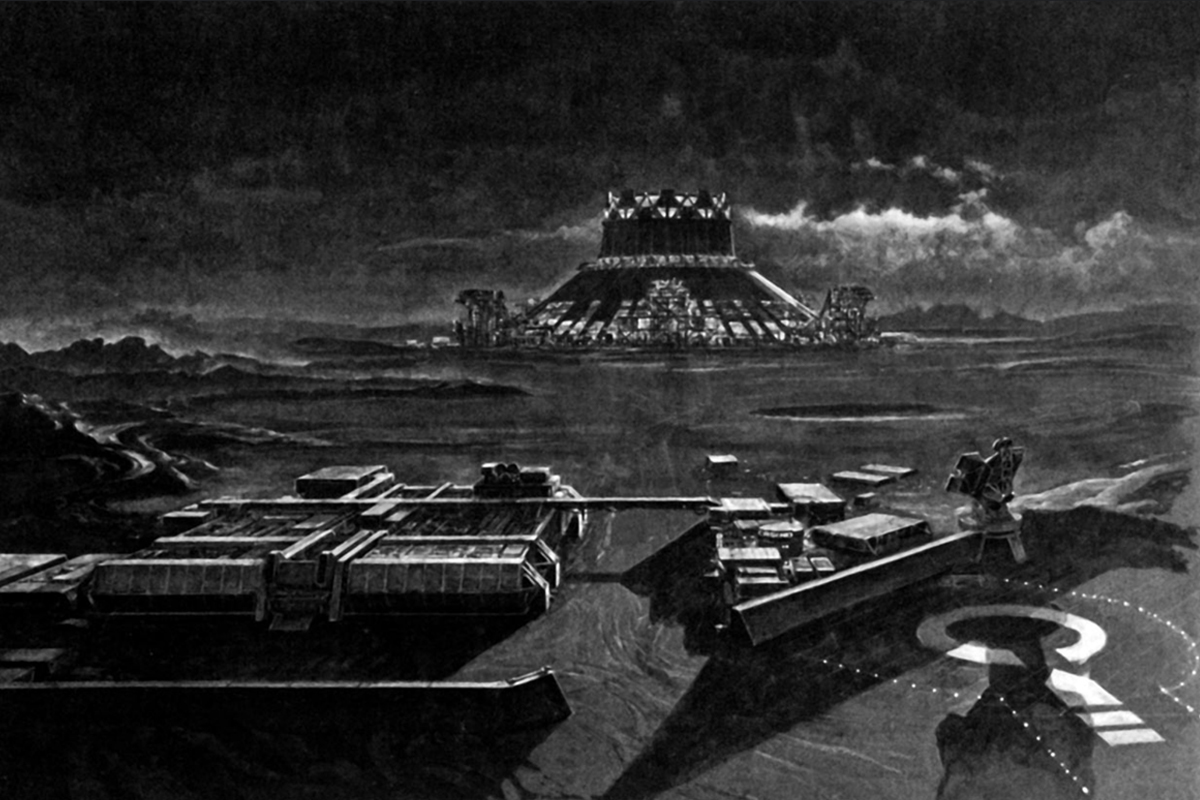 Many of the design aspects drew inspiration from Swiss surrealist H. R. Giger's work on Ridley Scott's Alien with conceptual designer Ron Cobb returning and the addition of noted production designer Peter Lamont who would receive an Academy Award nomination for Best Art Direction, Cameron himself designed the Queen which was built by Stan Winston Studios with whom the director had previously collaborated with on The Terminator (1984) and John Richardson was hired to supervise special practical effects. Supervising visual effects on the picture were brothers Robert and Dennis Skotak of the L.A. Effects Group with whom Cameron was already familiar as they had worked together during his formative years, notably on Battle Beyond the Stars (1980) and Escape from New York (1981). Although some of the special effects shots were filmed in motion control against bluescreen much of the work was achieved in camera combining various techniques including miniatures, front and rear projection and matte paintings. The Acheron colony was designed largely by Ron Cobb with its defining feature being the Atmosphere Processing Station which made the otherwise inhospitable planet suitable for humans, this was designed by both Cobb and Cameron with the large cooling towers intended to add immense scale and perspective to the structure which was conceived as being one thousand feet tall, in reality it existed as a miniature standing approximately six feet tall. The effects of the picture remain impressive today and were recognised at the highest level at the 59th Academy Awards when Robert Skotak, Stan Winston, John Richardson and Suzanne Benson received the award for Best Visual Effects.

This is one of the original cooling towers from the Atmosphere Processing Station miniature which was built by the the talented model effects team and filmed at Pinewood Studios. The industrial looking miniature is constructed largely from fibreglass and detailed with kit parts, it features a weathered grey paint finish with two warning lights to the top. Measuring 69" wide and standing almost 40" high this represents an incredibly rare example of a large scale miniature used on screen in this Academy Award winning special effects triumph which will forever remain a classic of the science fiction genre. 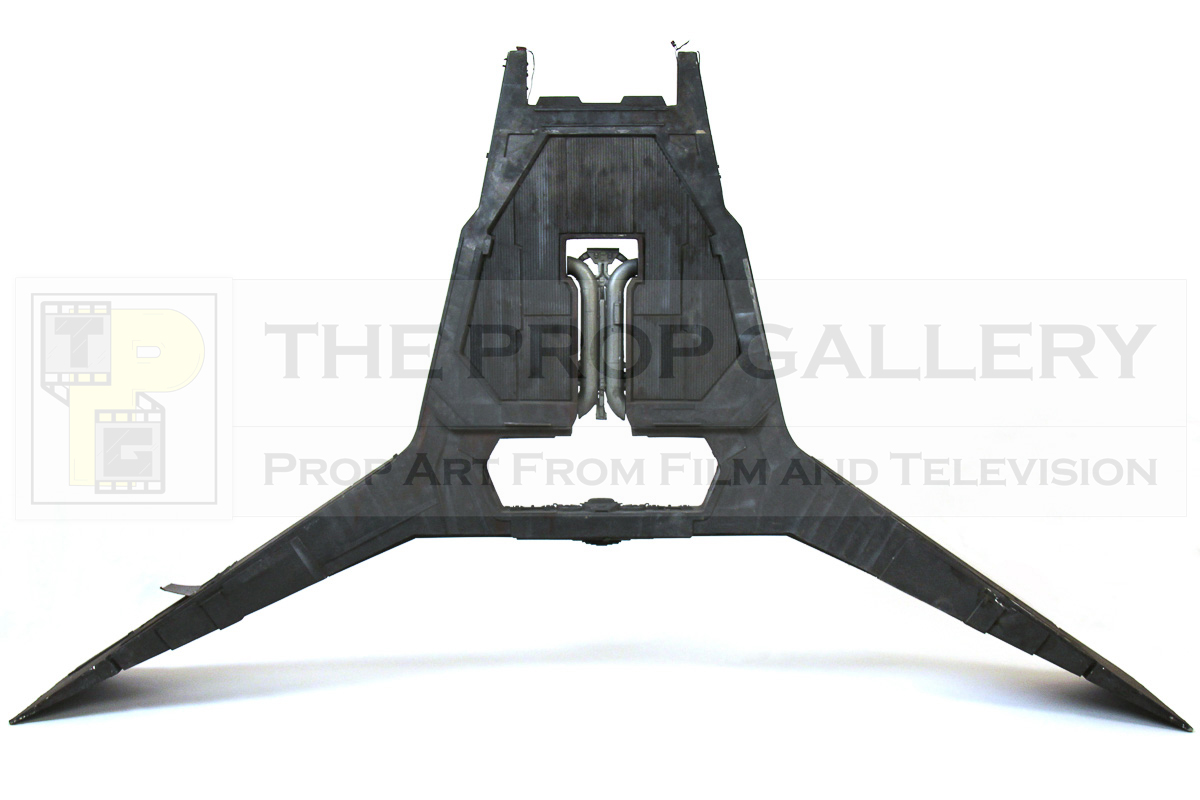 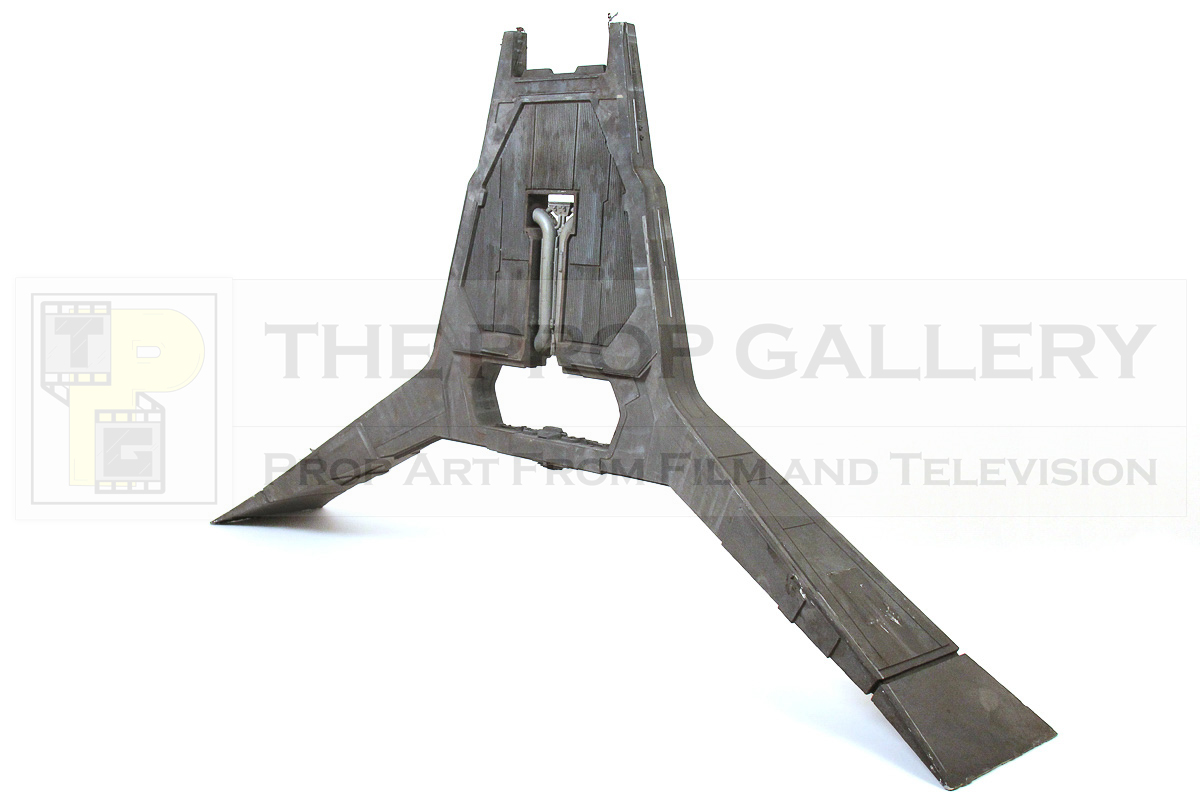 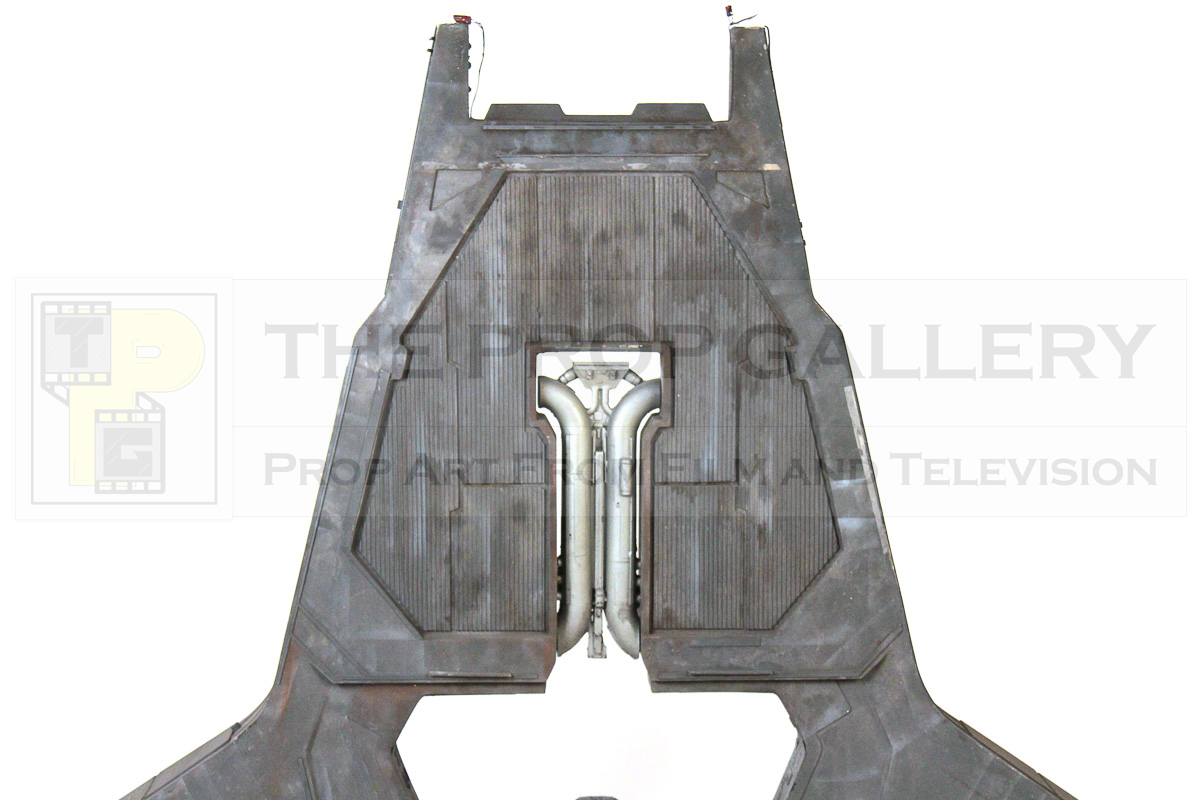 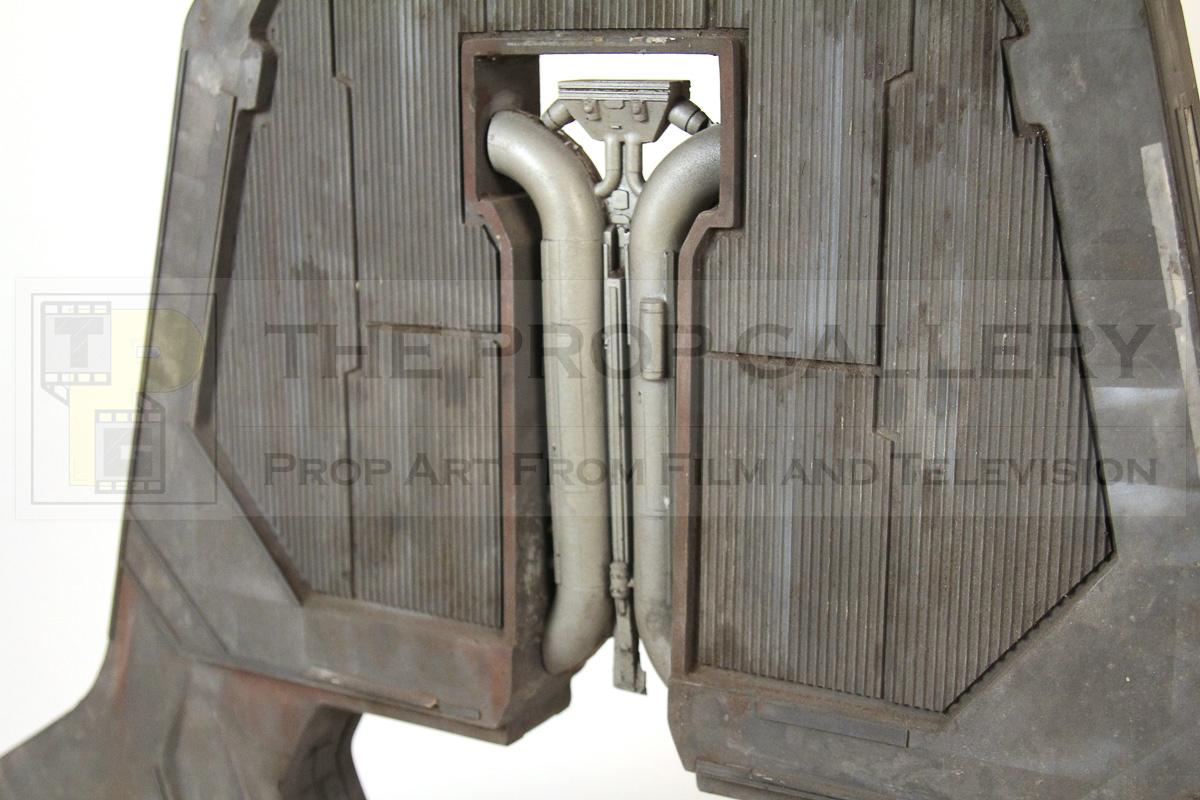 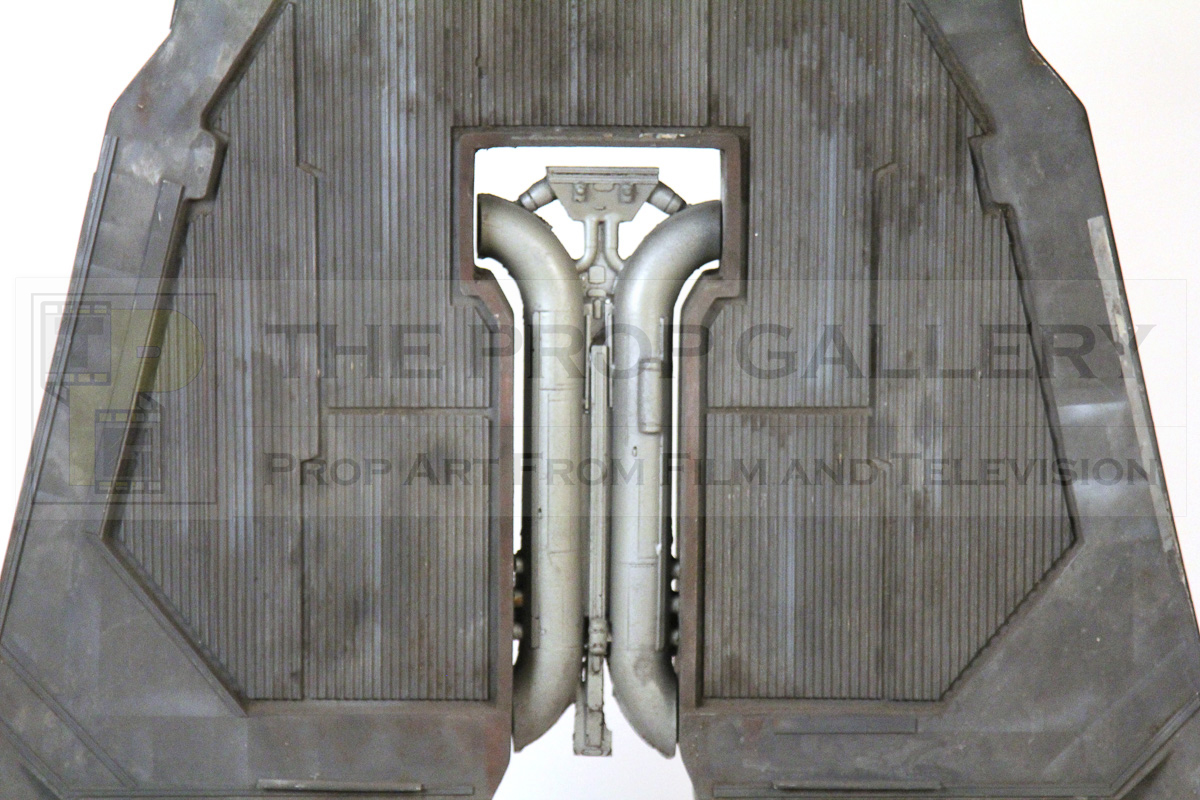 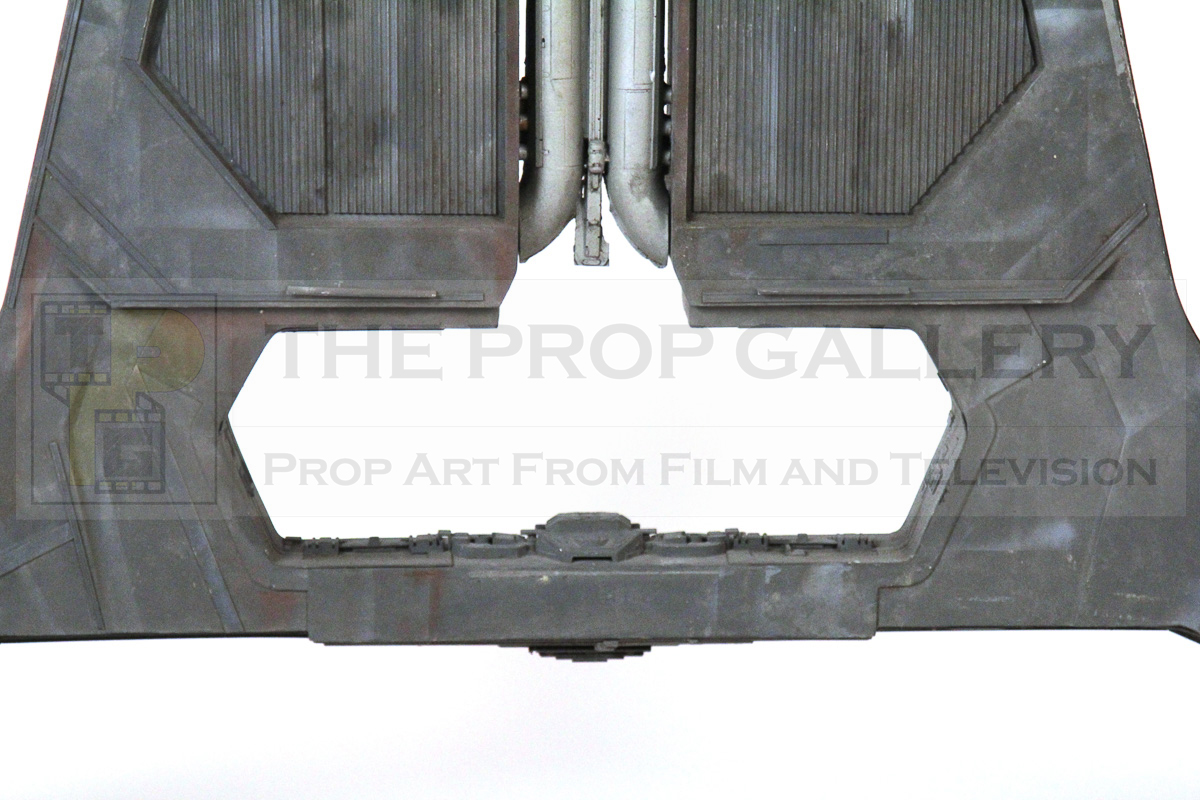 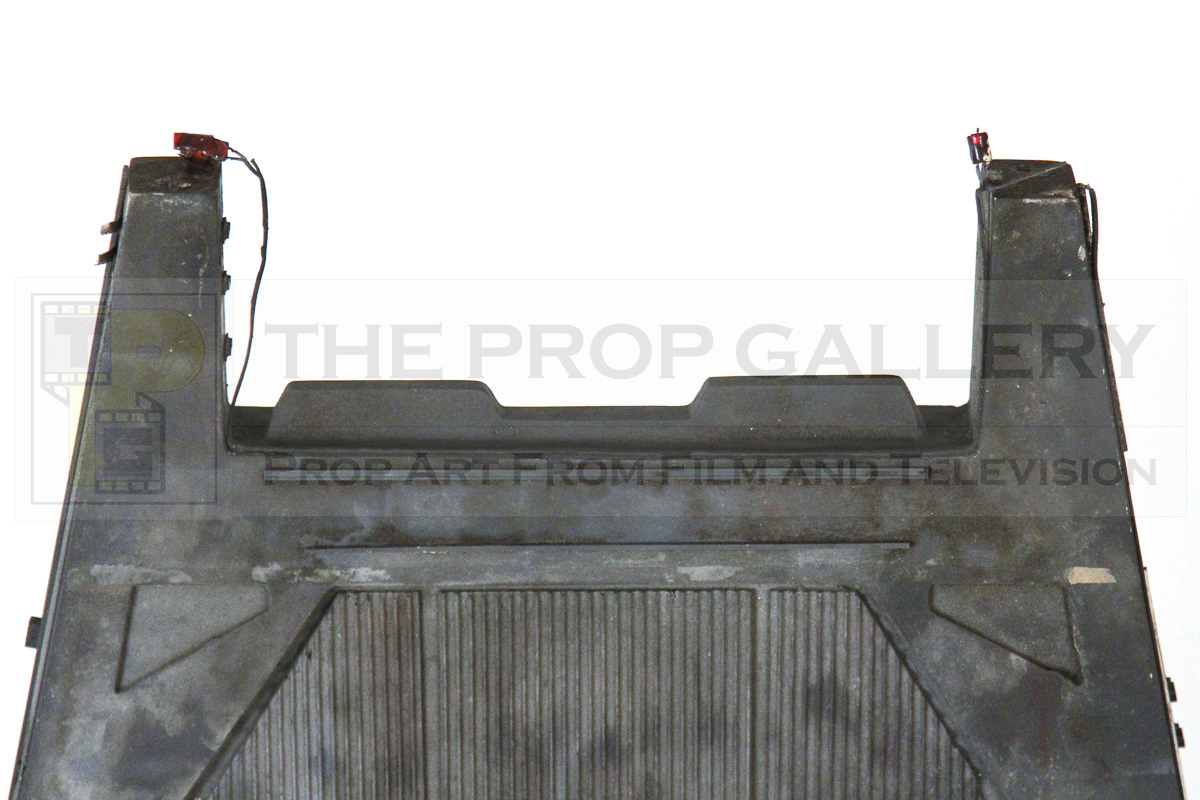 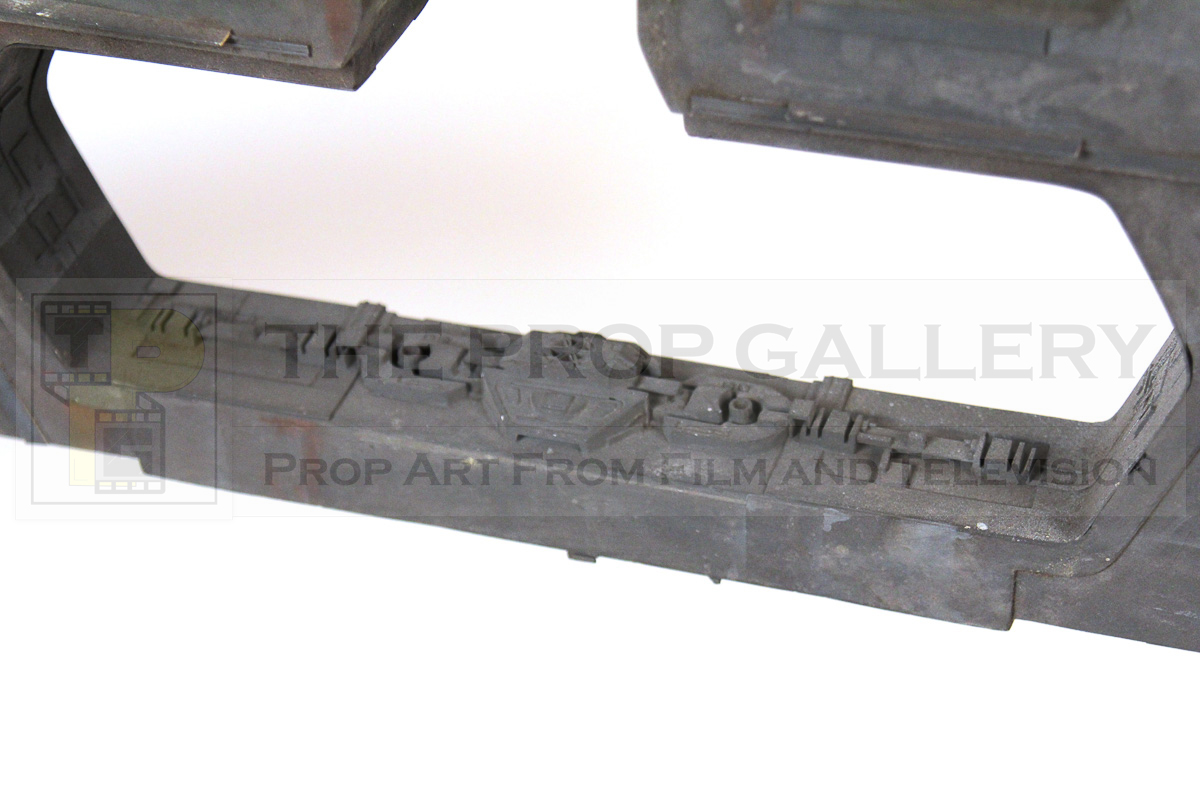 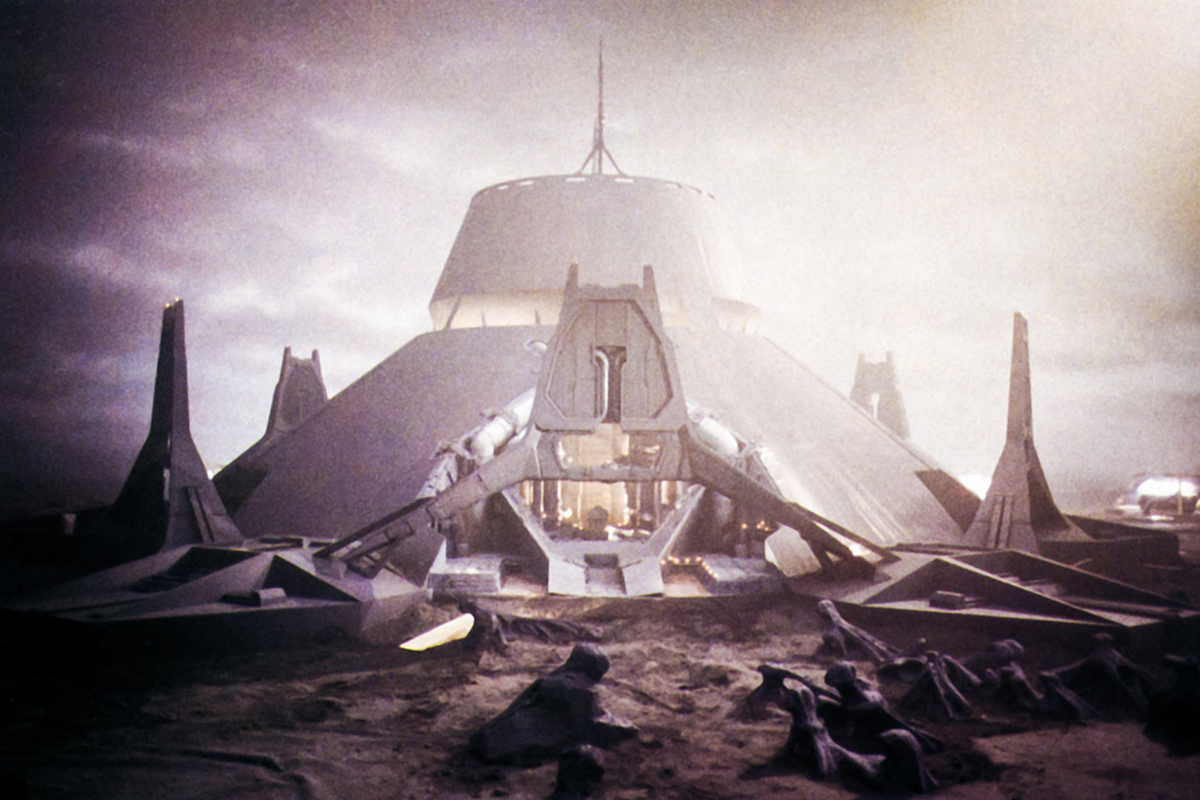 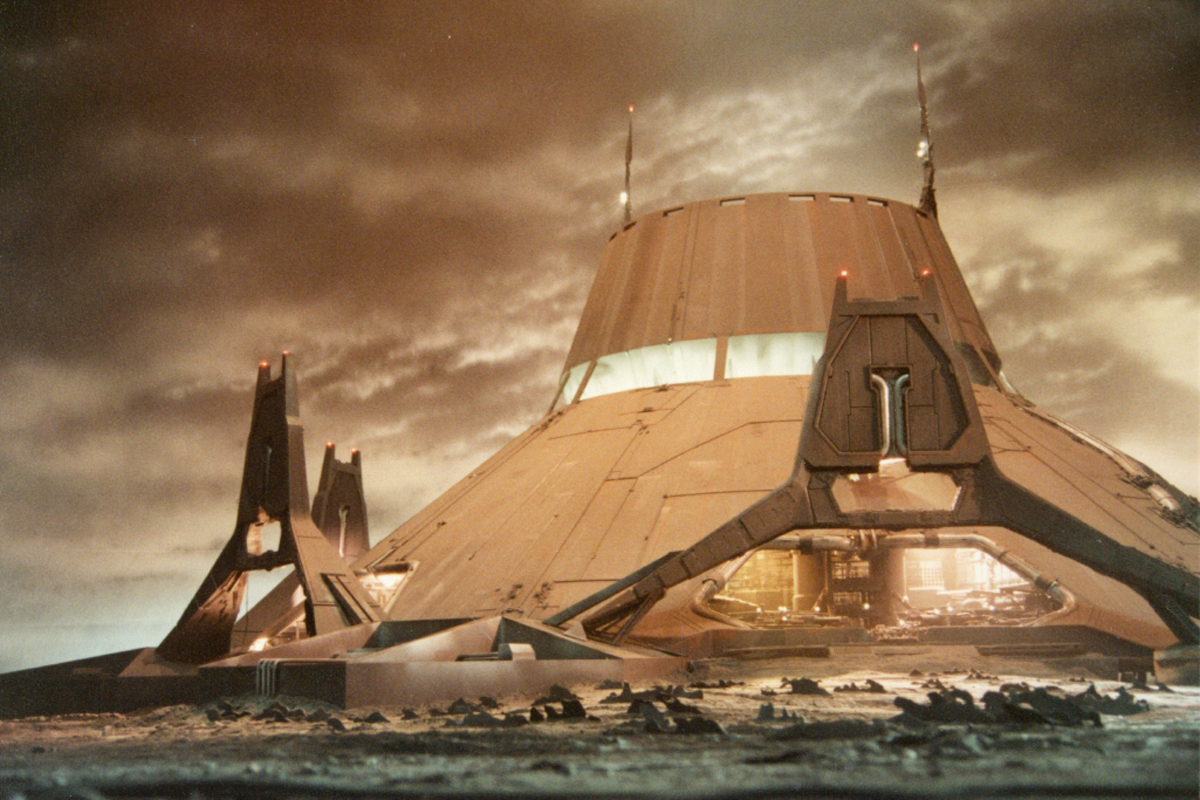 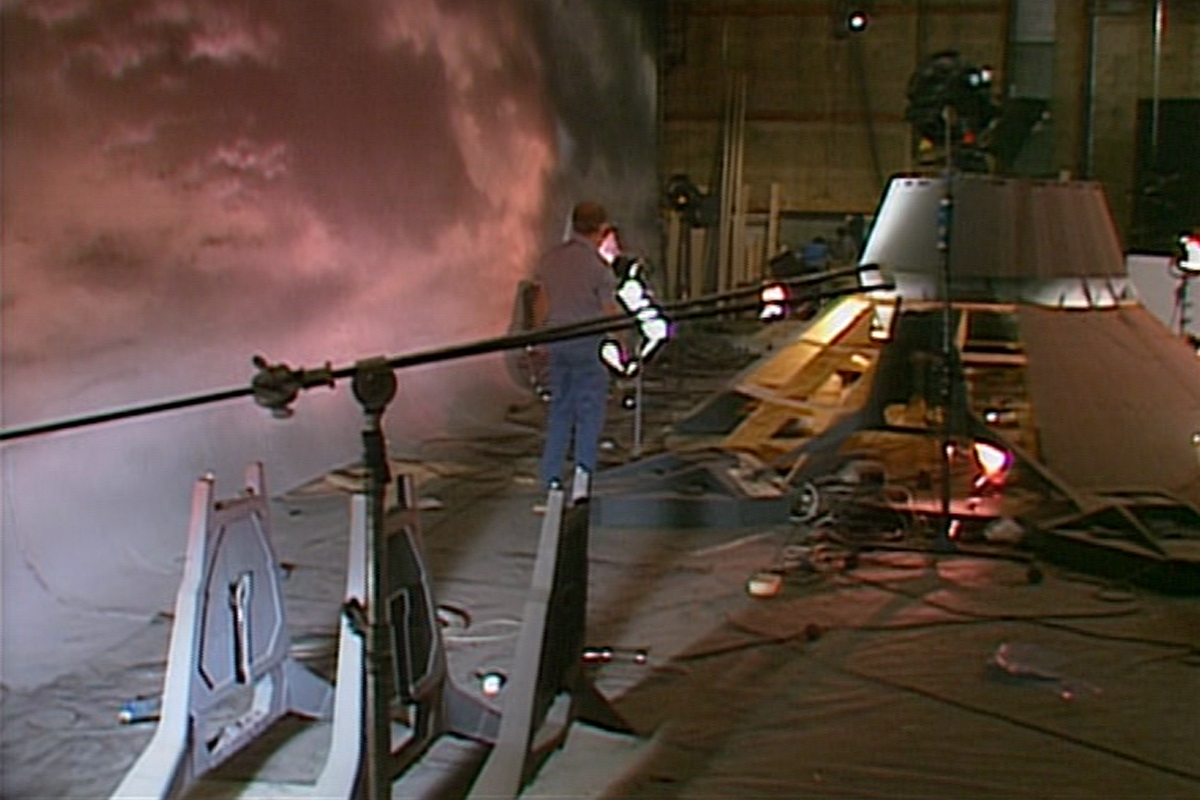 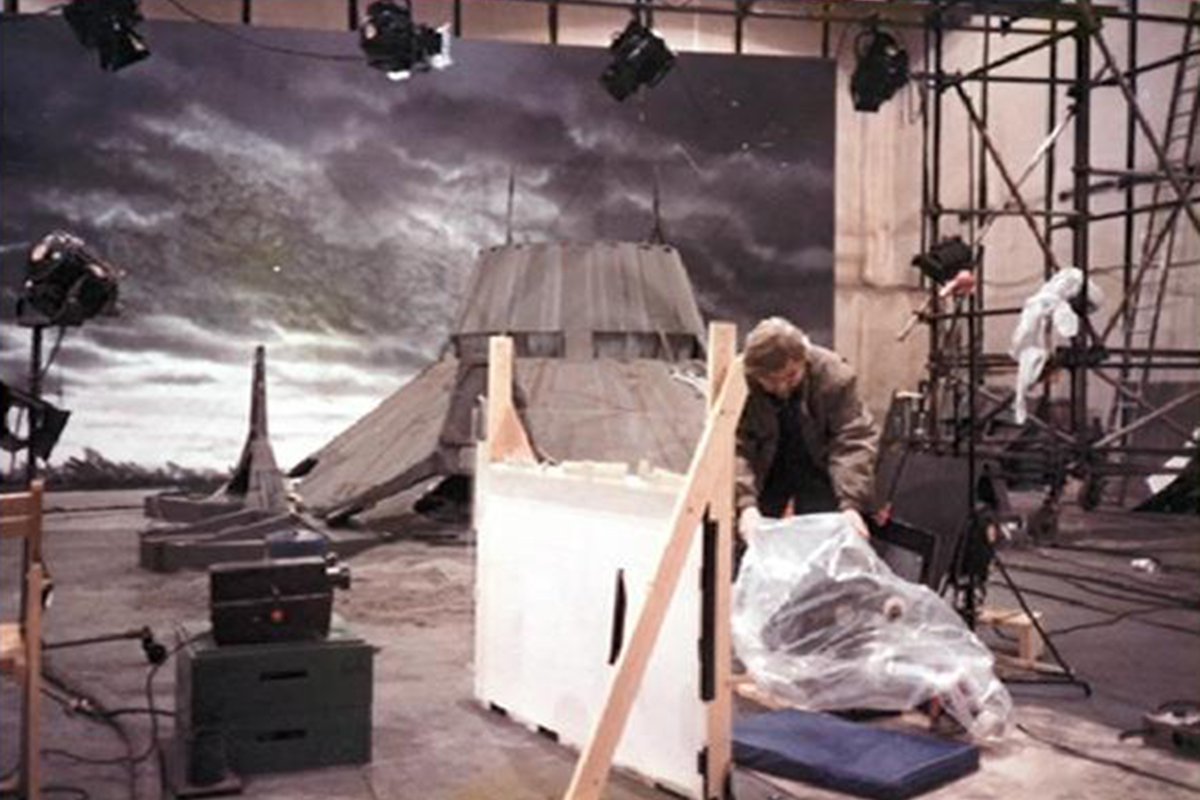 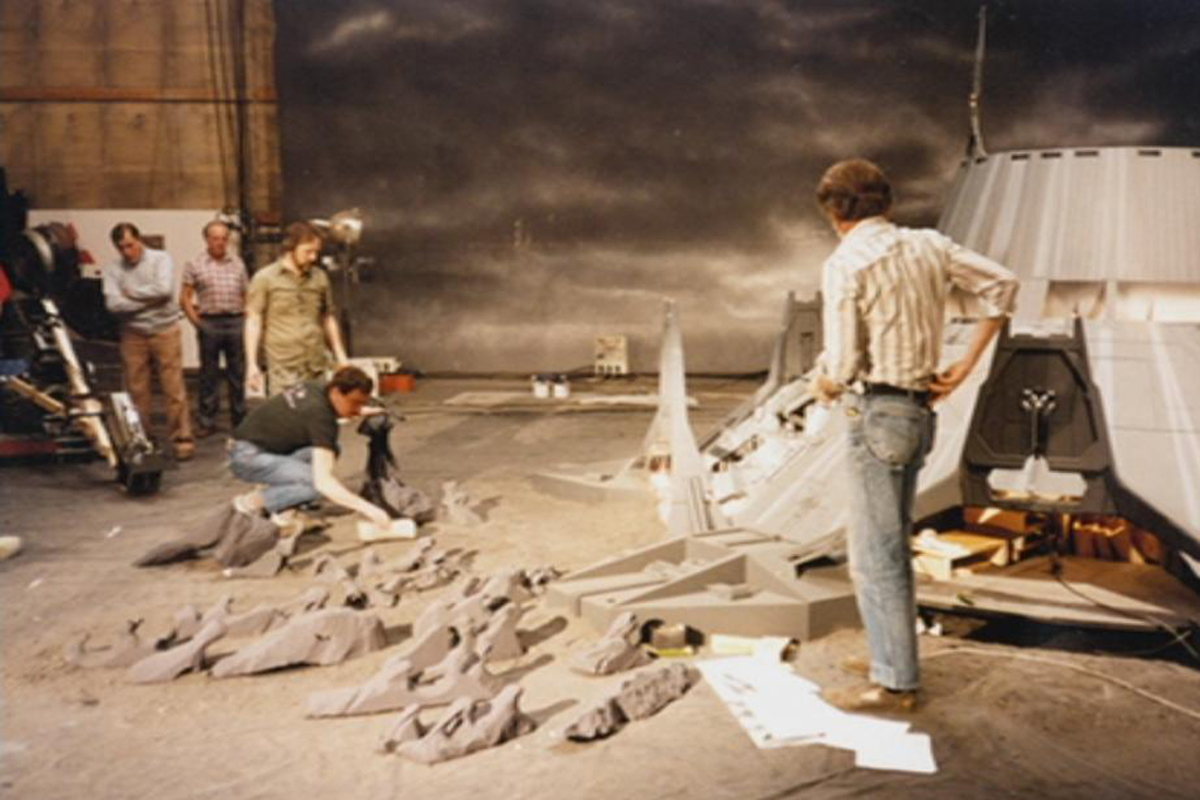 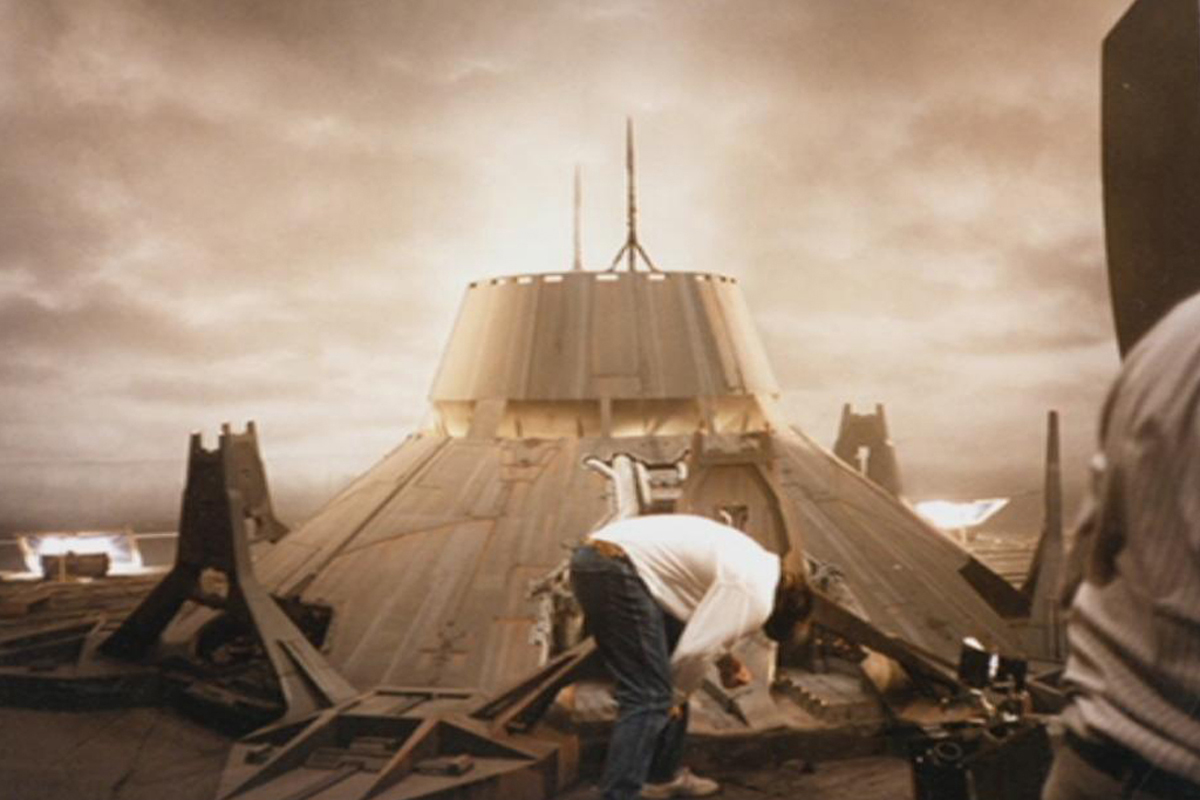 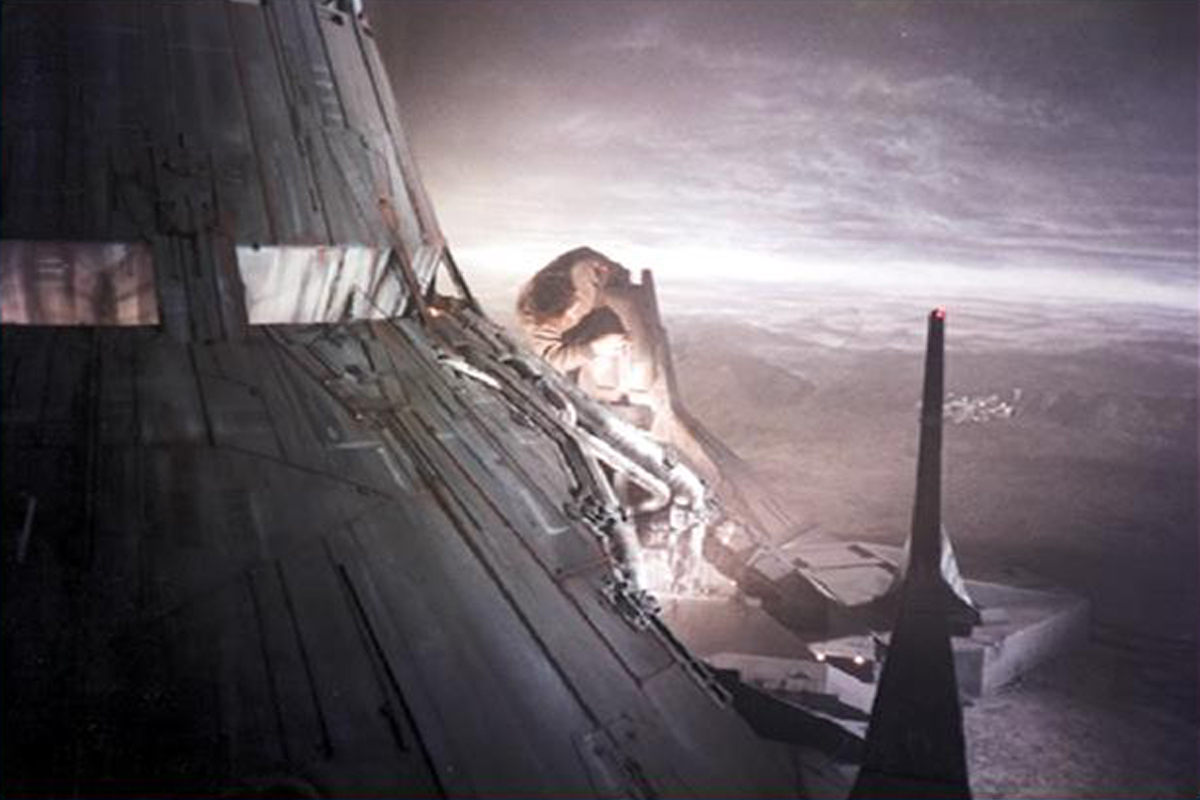 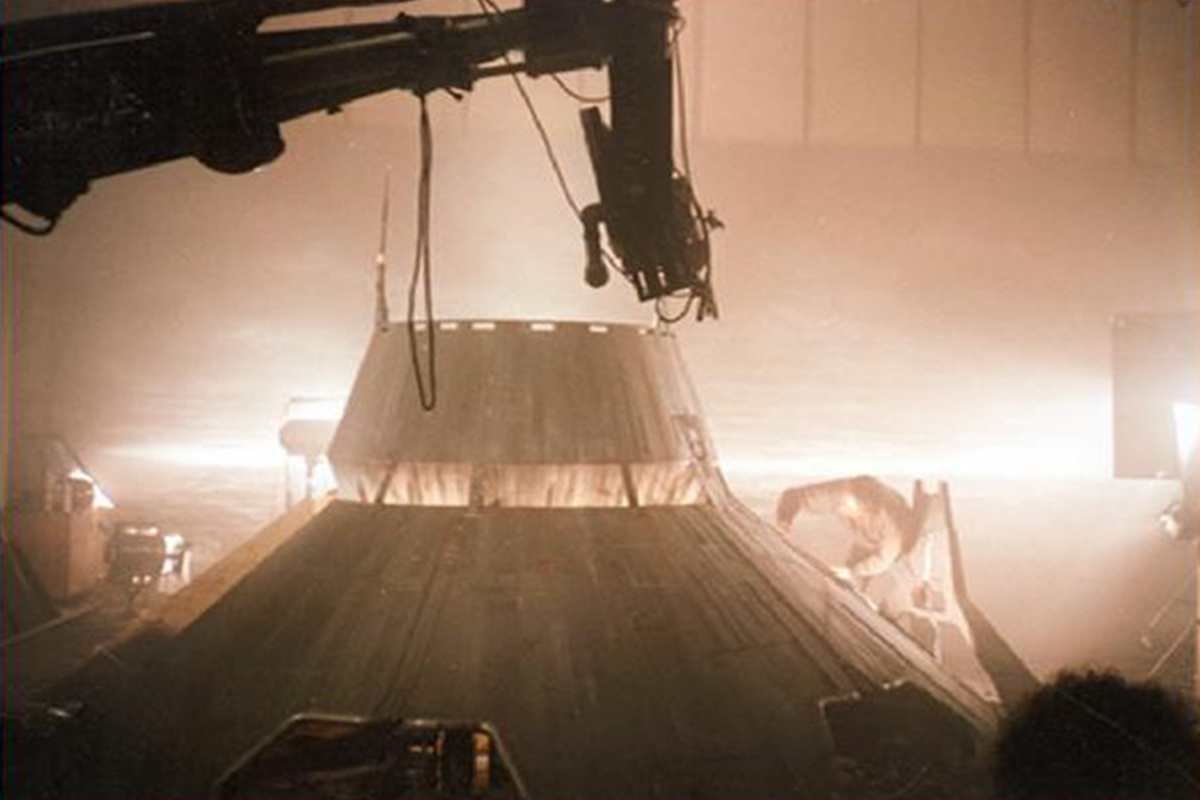 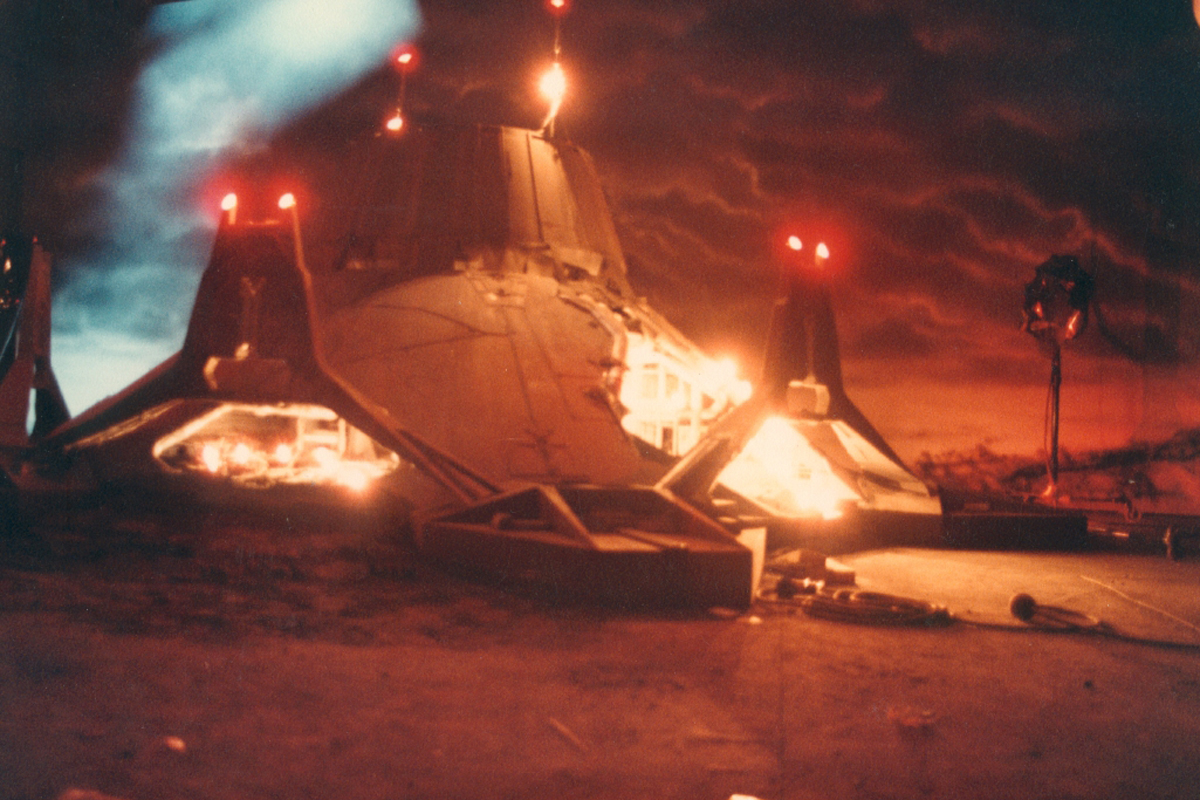 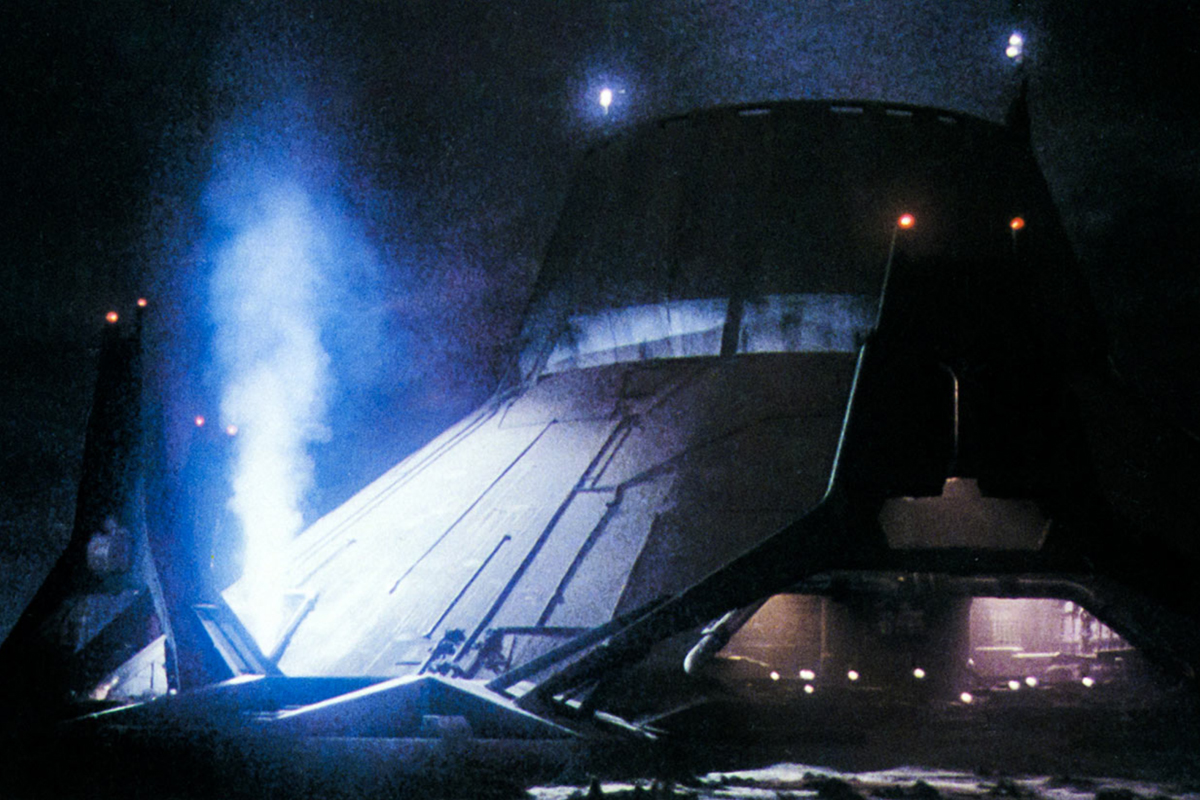