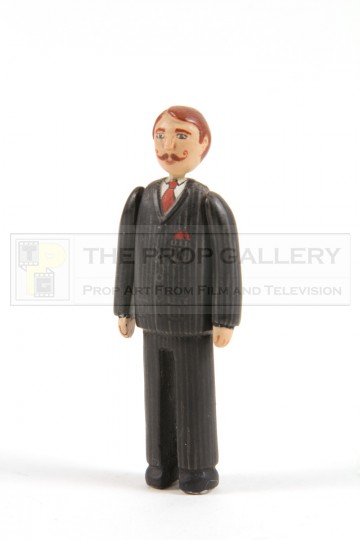 From the 2005 feature length special Calling All Engines! this is the original small scale figure for the character of the airport manager which was used for distance shots. The miniature figure is moulded in resin and features poseable arms with a hand painted finish dressing him in his signature suit with red tie and pocket square.