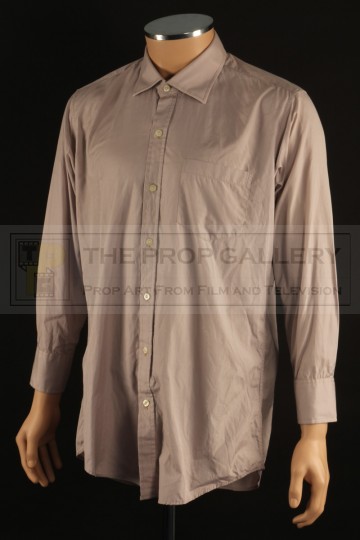 A Touch of Frost

This shirt was created for David Jason in his title role as Detective Inspector Jack Frost, a character created by author R. D. Wingfield. Bespoke made by Crichton shirt makers with button cuffs and chest pocket bearing label to the interior hand inscribed 'DAVID JASON' in pen, confirmed by Crichton as being made for use by David Jason in A Touch of Frost.

The shirt remains in excellent production used condition with some light marks to the collar and shoulder area which could likely be removed otherwise fine.

A rare example of original wardrobe from this long running and popular series.