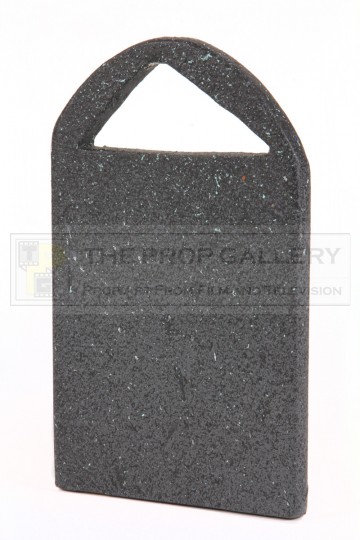 This gravestone was used on the Halloween Town graveyard set which features prominently at the beginning of the movie. The miniature is constructed from hand cut wood and has been meticulously hand painted to a textured and weathered finish with a triangular cut out to the top, some glue residue is present to the base where the miniature was adhered to the set.