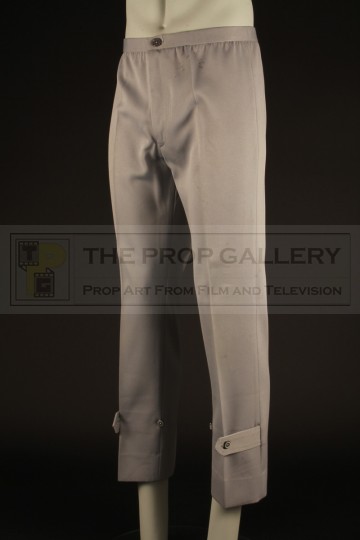 An original costume used in the production of the BBC science fiction television series Blake's 7.

These trousers can be seen worn by Michael Keating as Vila Restal throughout the latter half of the final series in the episodes Assassin, Games, Sand, Gold, Orbit, Warlord and Blake. The blue trousers feature button detailing to the bottom of the leg and features the Salmon Originals makers label to the interior who were responsible for many of the costumes used on this series.

The trousers remain in fine production used condition throughout.

Vila Restal was the only character to appear in every episode of the series and this represents an affordable example of principal character wardrobe from this cult science fiction series.