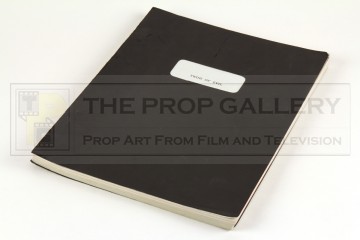 An original script used in the production of Twins of Evil, the 1971 horror picture staring Peter Cushing and the third instalment in the Karnstein Trilogy produced by Hammer Films.

This original production used script comprises of 104 pages bound between front and rear covers of black card with the front featuring a window cut out revealing the title of the movie to the interior cover page which also bears the address of Hammer Film Productions Limited. The script contains a number of pink revision pages throughout which are dated 19th February, 1971.