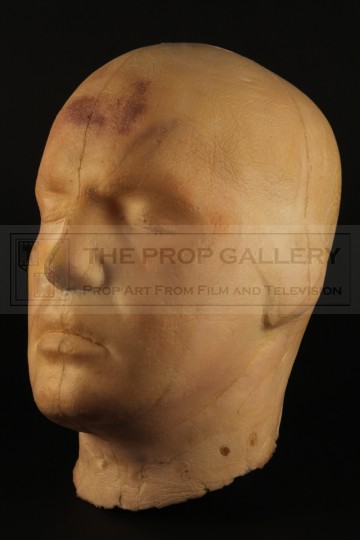 An original cowl used in the production of The Phantom, the 1996 superhero picture starring Billy Zane in the title role.

This is a production made head cast of Billy Zane who portrayed the title character, constructed from soft foam head casts such as this were used to store the original cowls on during filming ensuring they remained undamaged and retained their shape.

A rare and displayable artefact from this superhero picture.