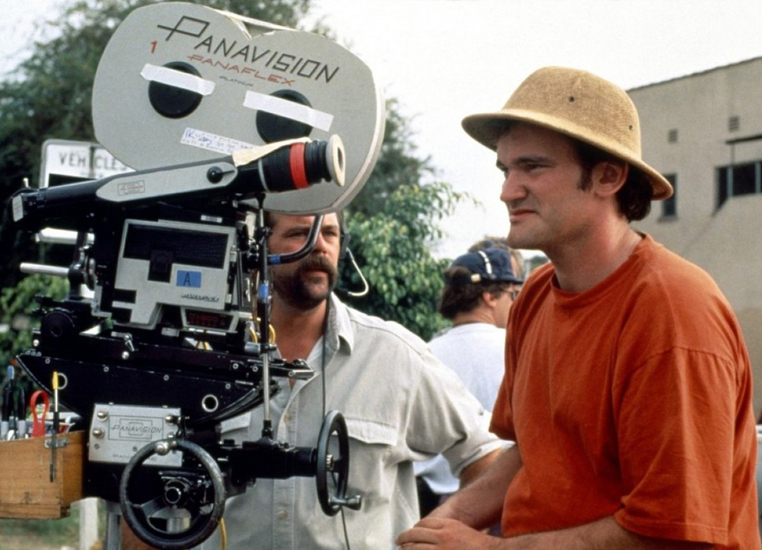 Pulp Fiction is a 1994 black comedy crime film written and directed by Quentin Tarantino notable for its use of a nonlinear narrative where various storylines are portrayed out of chronological order. The picture stars John Travolta and Samuel L. Jackson as hitmen Vincent Vega and Jules Winnfield with support from Ving Rhames as their boss Marsellus Wallace, Uma Thurman as his wife Mia, Bruce Willis as ageing boxer Butch Coolidge and Tim Roth and Amanda Plummer and petty criminals Pumpkin and Honey Bunny whose seemingly unrelated lives become intertwined in a series of bizarre and violent events presented in what has become Tarantino's trademark style. Essentially an independent picture the movie premiered at the Cannes Film Festival to critical acclaim winning the Palme d'Or and going on to gross over $200 million worldwide at the box office despite a relatively limited release. Seven Academy Award nominations followed including Best Picture and Best Director with nods to Travolta, Jackson and Thurman for their performances and Tarantino picking up the statue for Best Original Screenplay. Noted for its original and unique blend of witty dialogue and violence Pulp Fiction is frequently considered among the greatest films ever made and this cult masterpiece is generally regarded by critics and moviegoers alike as Quentin Tarantino's finest work. 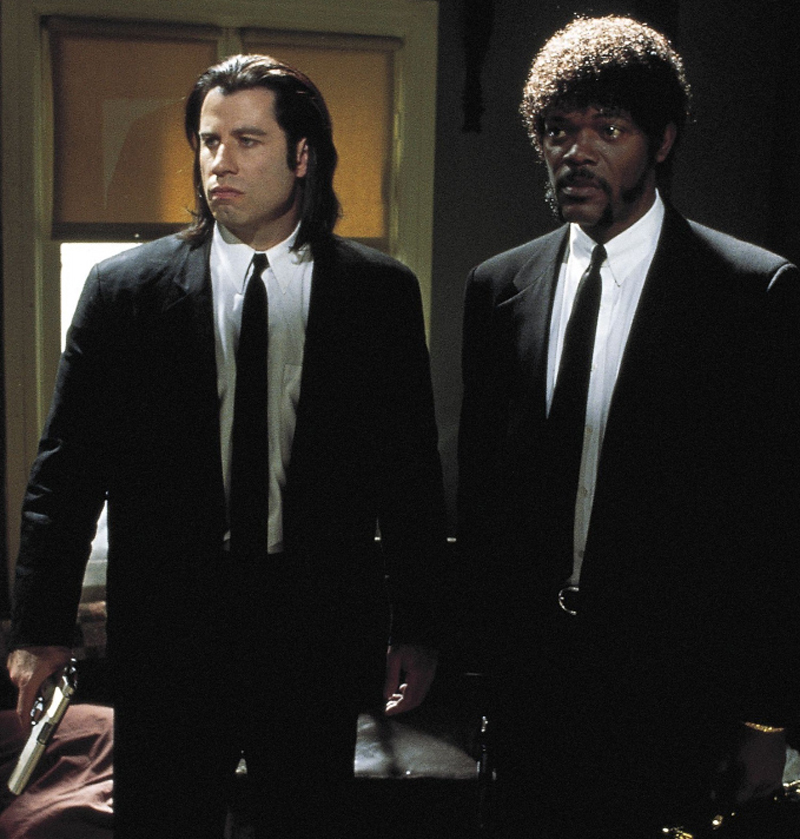 There are several sequences throughout the picture which stand out as being particularly memorable, one of them is undoubtedly early in the movie as Jules (Samuel L. Jackson) and Vincent (John Travolta) head to Brett's (Frank Whaley) apartment to retrieve some property belonging to their gangster boss Marsellus Wallace (Ving Rhames). This hilarious sequence features an abundance of quotable dialogue as the hitmen catch Brett and his associates enjoying hamburgers, "The cornerstone of any nutritious breakfast", and humorously discuss the Big Kahuna Burger joint whilst revisiting the earlier metric conversation, "Check out the big brain on Brett!" and their business with Marsellus Wallace, "Does he look like a bitch?". Following this Jules recites his version of Ezekiel 25:17 which was partially rewritten by Tarantino for the movie before he and Vincent mercilessly execute Brett.

"The path of the righteous man is beset on all sides by the inequities of the selfish and the tyranny of evil men. Blessed is he who, in the name of charity and good will, shepherds the weak through the valley of the darkness. For he is truly his brother's keeper and the finder of lost children. And I will strike down upon thee with great vengeance and furious anger those who attempt to poison and destroy my brothers. And you will know I am the Lord when I lay my vengeance upon you."

This shirt was worn on screen by Frank Whaley as Brett when he is executed and is specifically the shirt used as he is shot and struck by the bullets, this was rigged with blood squibs by the special effects team which were fired in time with the gunshots, part of the lower back has also been removed likely to aid the crew in rigging the squibs. The shirt can be conclusively screen matched to the one worn on screen by Whaley, a number of characteristics make this possible including the location of the bullet hits and a several unique flaws in the shirts construction. Following its use during filming the shirt was laundered to remove the stage blood which has been replaced by paint and hand signed to the back by Quentin Tarantino with the inscription "BANG BANG" before being gifted to a production member who retained it for over two decades. This represents an extremely rare artefact from this crime classic which can be guaranteed to be screen used and a fine reminder of what will forever remain one of the most iconic sequences penned by this acclaimed director. 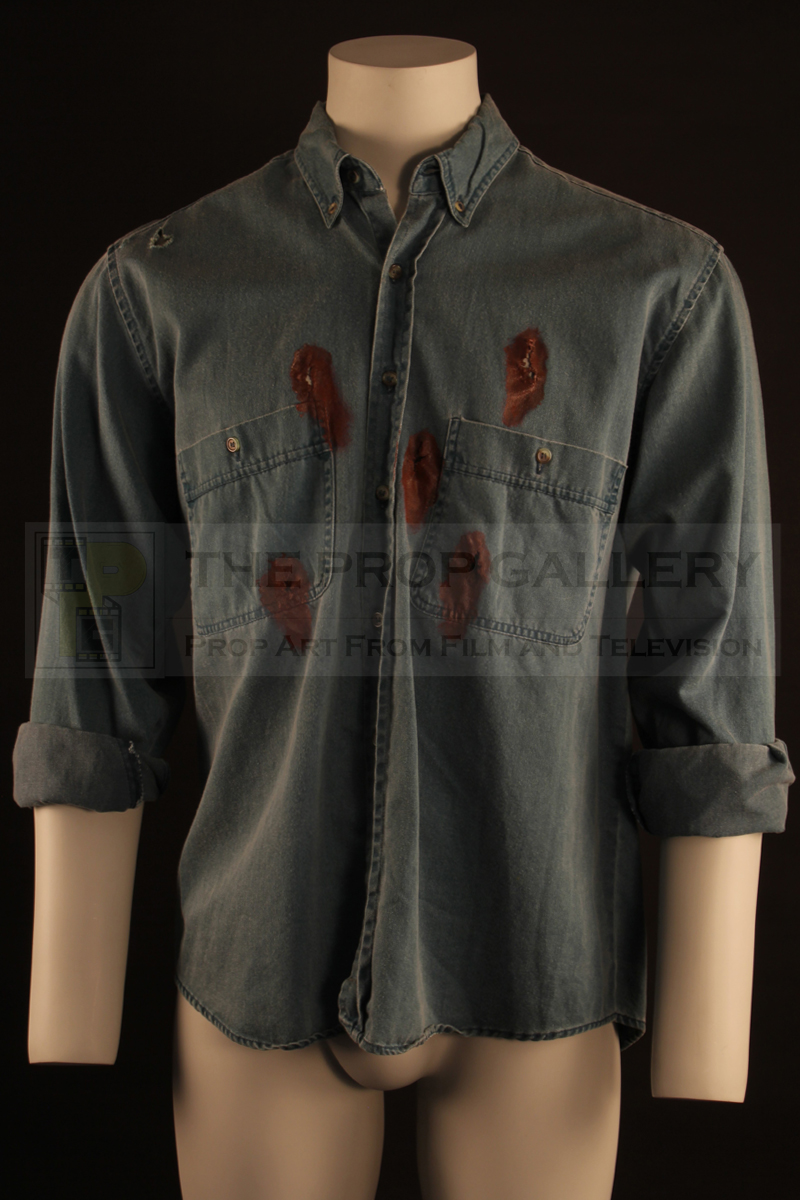 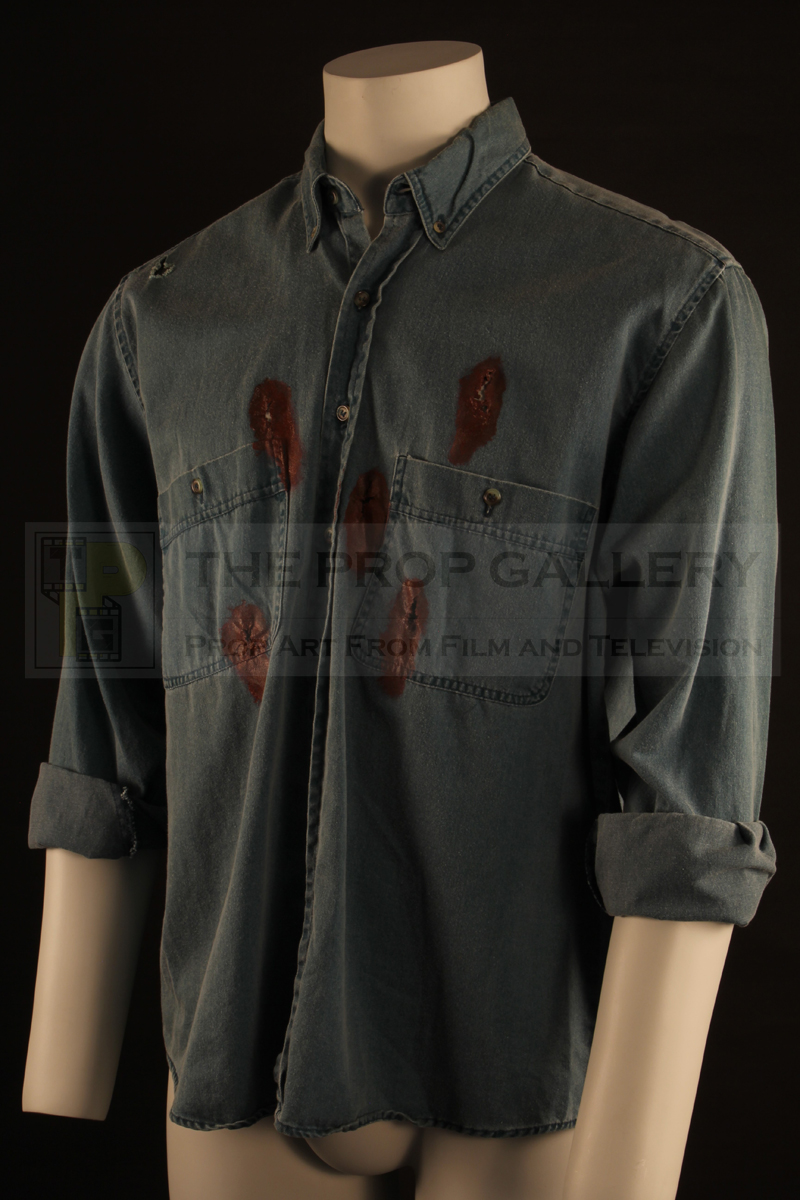 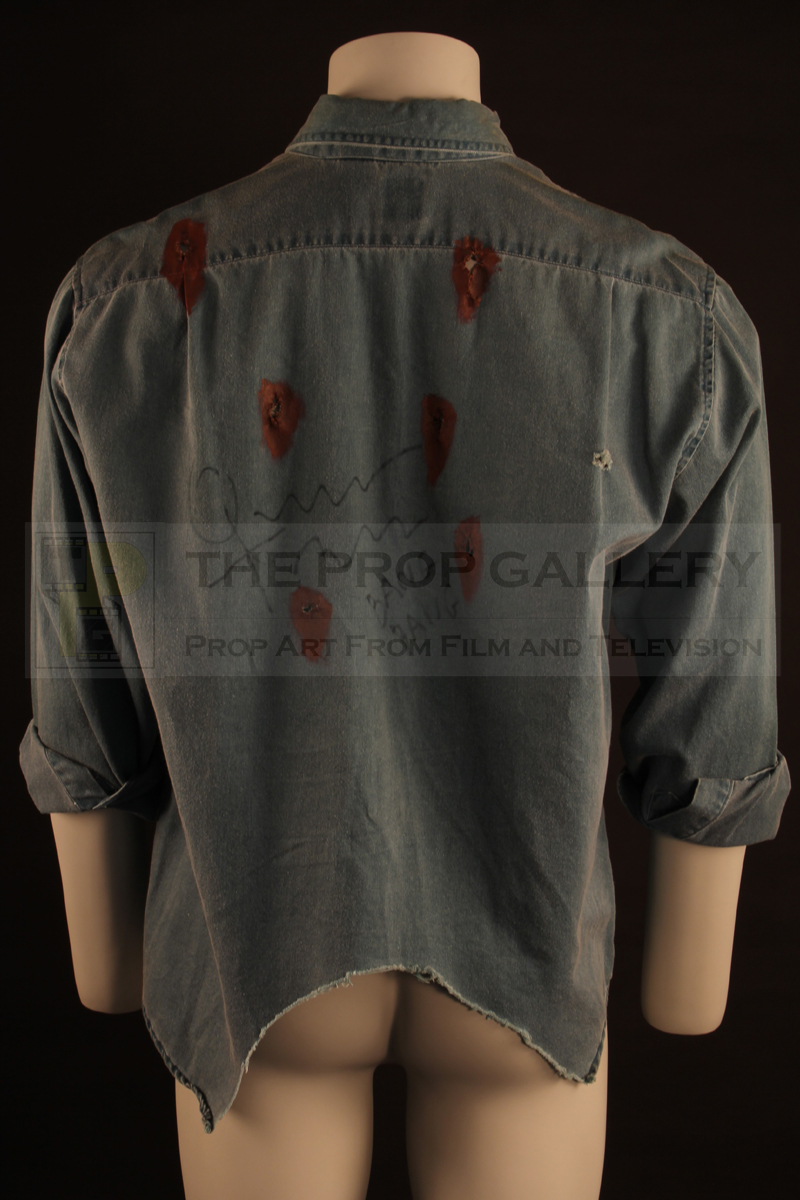 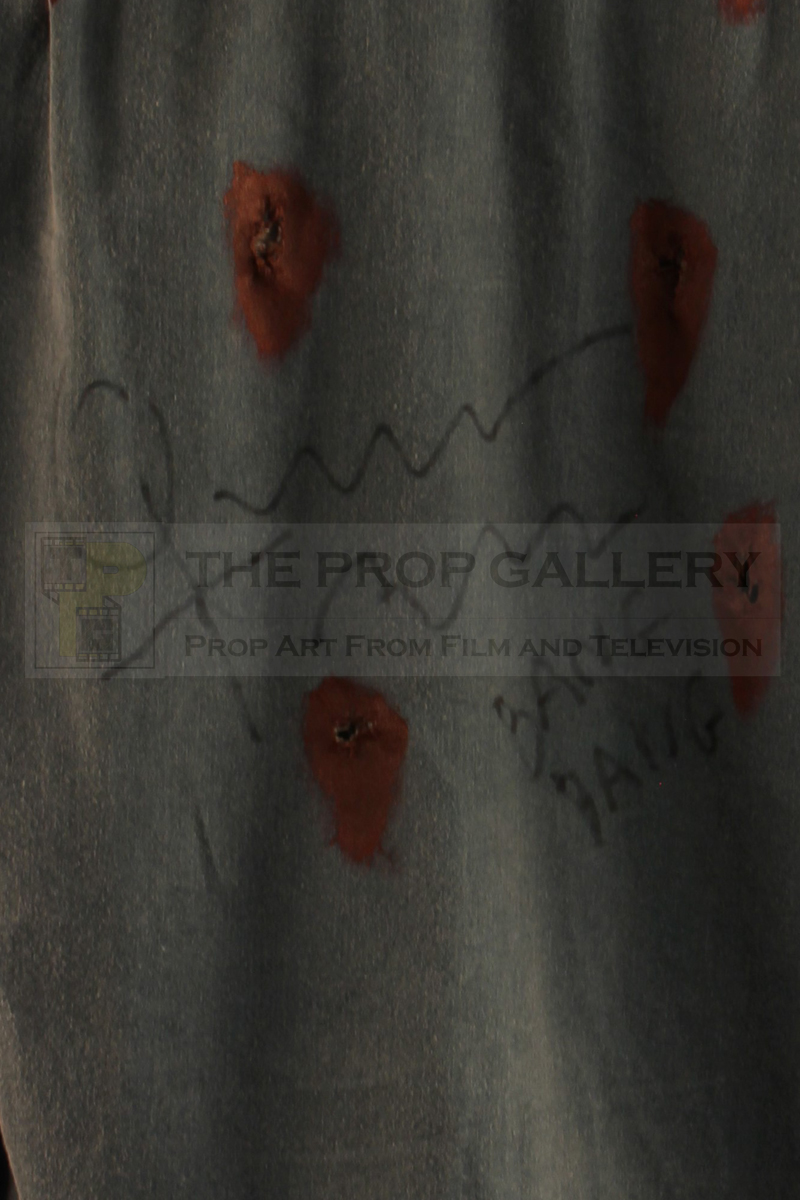 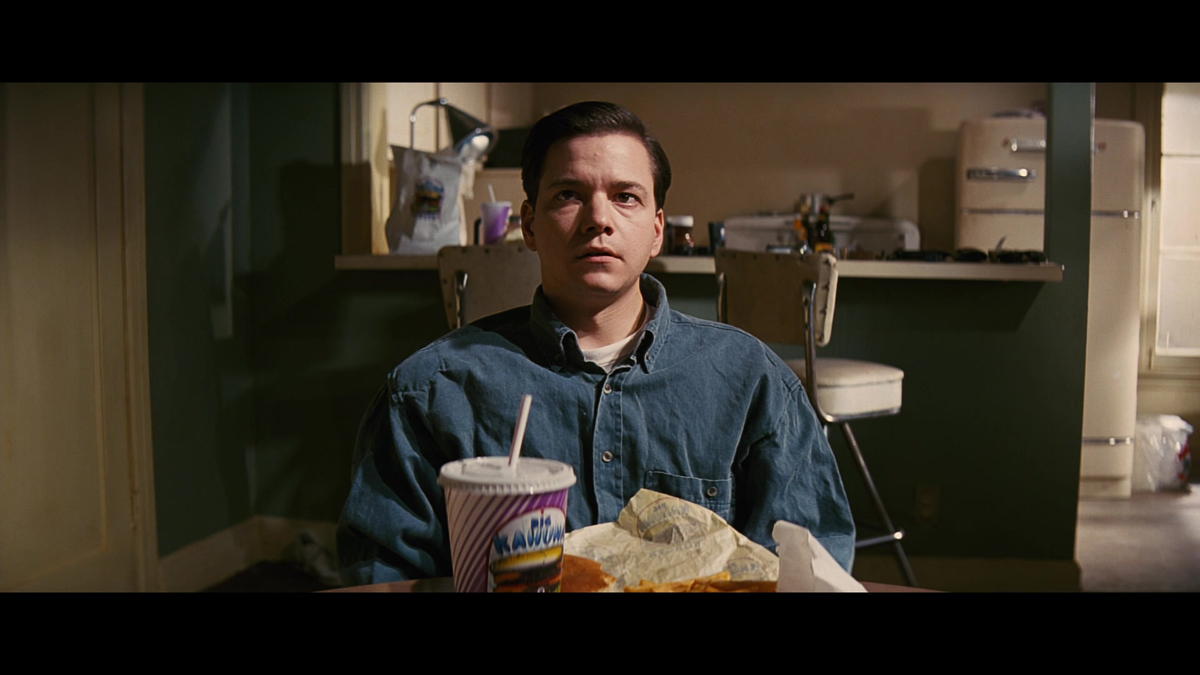 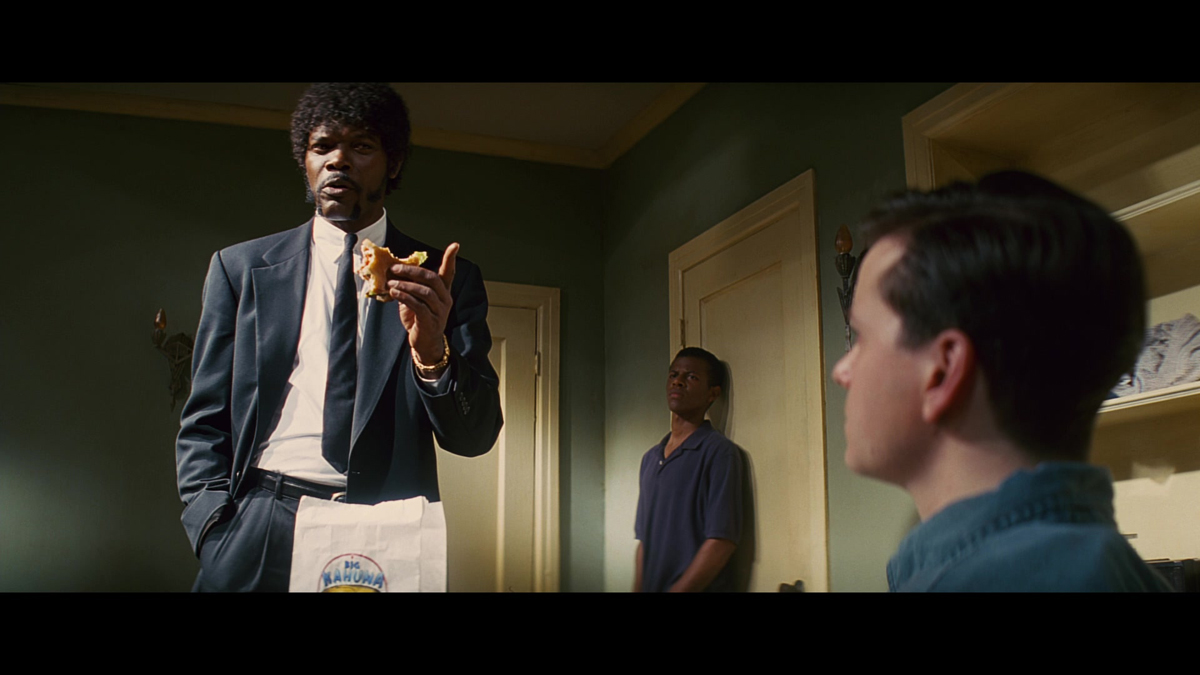 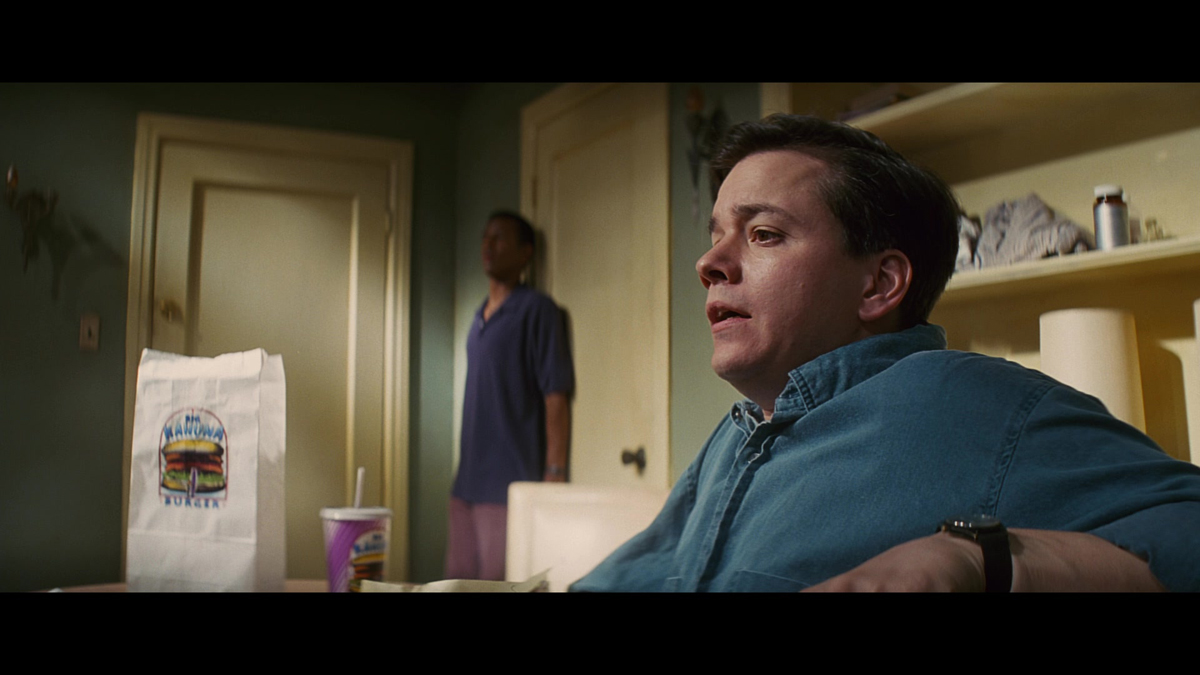 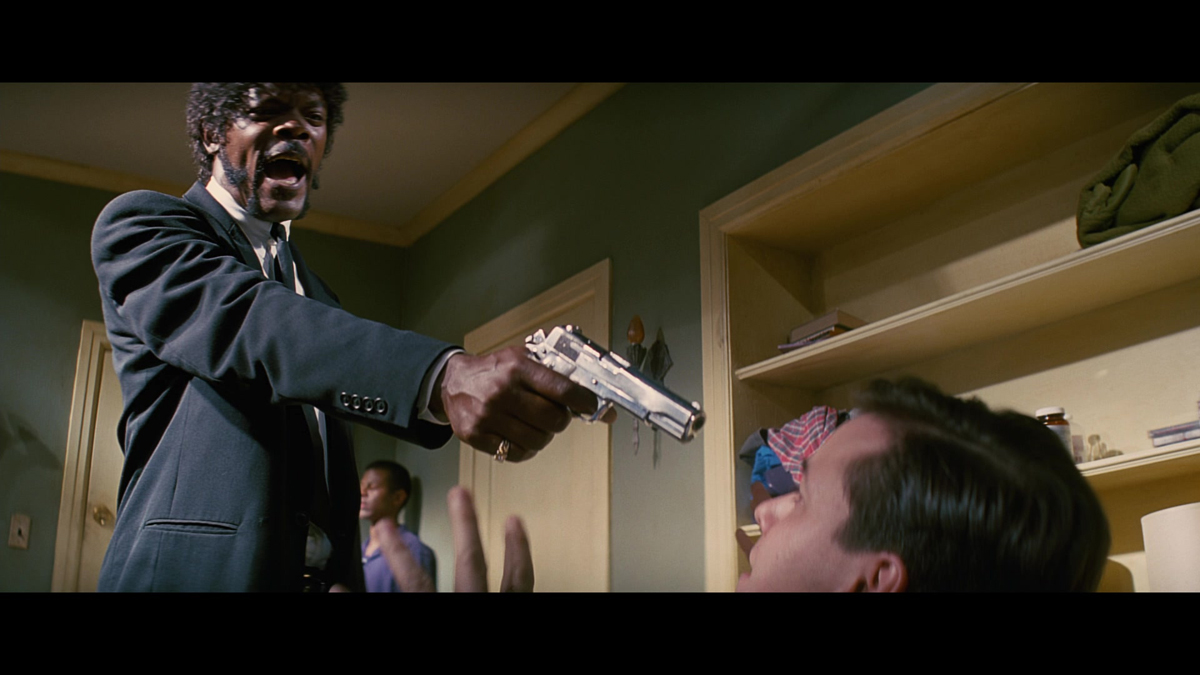 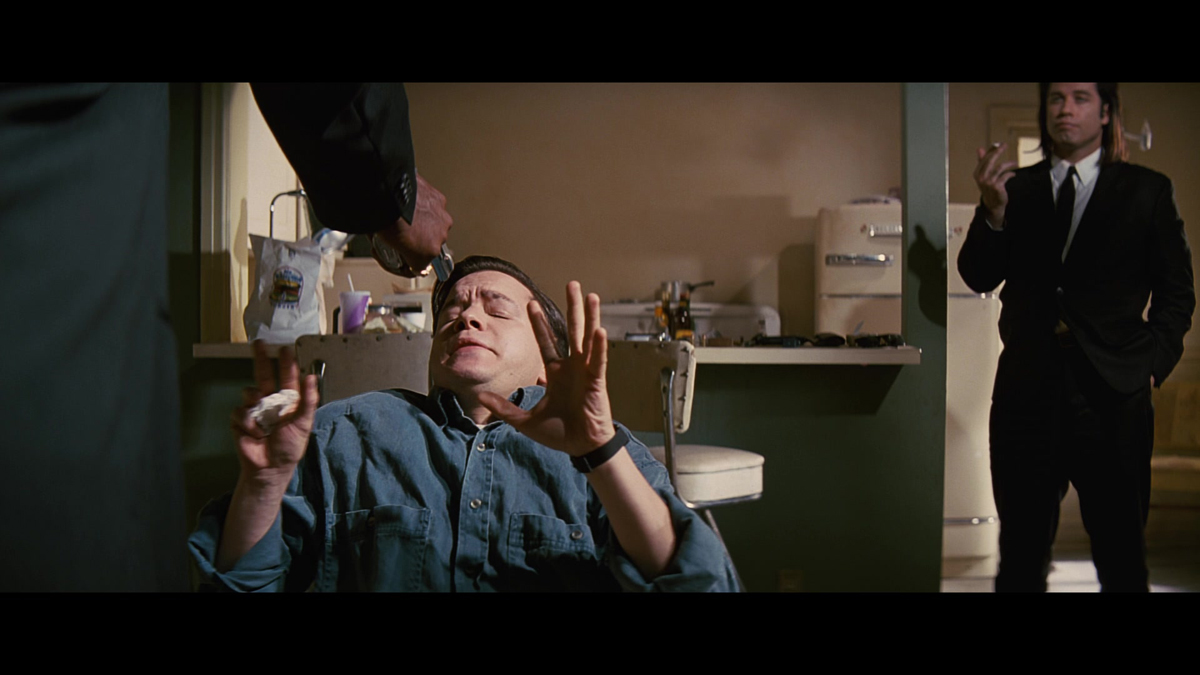 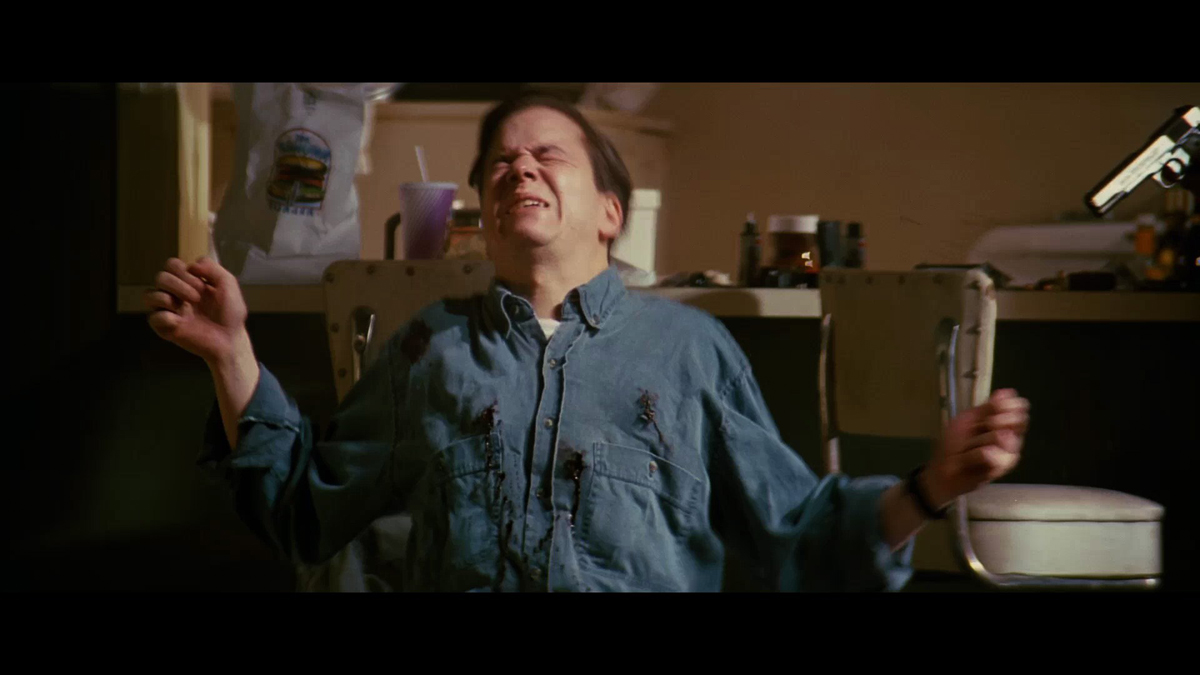