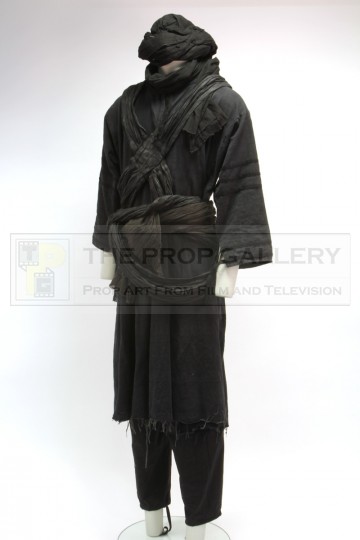 An original costume used in the production of The Mummy Returns, the 2001 sequel starring Brendan Fraser and Rachel Weisz.

Costumes such as this can be seen worn by the Medjai is various scenes of the movie. The costume comprises of a long black jacket with baggy trousers accompanied by a cross sash designed to be worn around the body and headgear fashioned around a baseball cap. The costume remains in generally excellent used condition with some minor wear consistent with production use.

An affordable example of original wardrobe from this popular franchise.