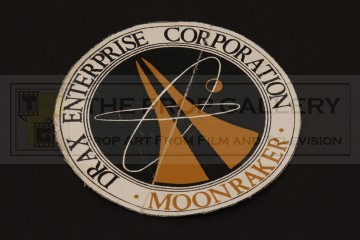 The patch measures approximately 4.5" in diameter and remains in very good condition with one crease across the middle where it has been folded in storage and some light fraying to the edges.

A vibrant and displayable artefact from one of the most celebrated franchises in cinematic history.