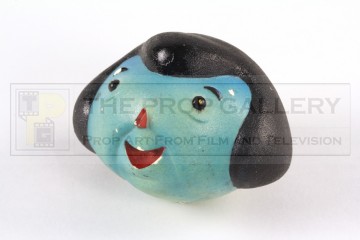 This is an original maquette head for the character of Mrs. Ladybug, voiced by Jane Leeves, created during the production process and constructed from the same high quality resin as its screen used counterpart the head was used to test the paint finish as they perfected the look of the character with this example being remarkably close to the finish used on the final screen used puppet.