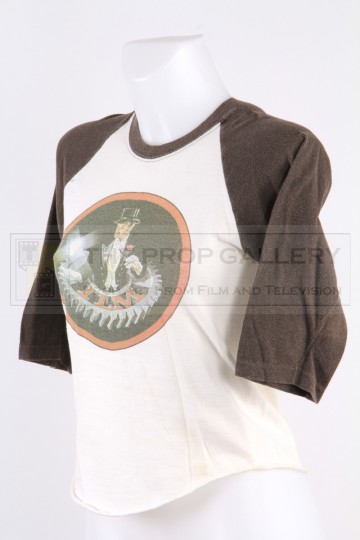 These crew shirts were issued to employees at Industrial Light & Magic (ILM), the noted visual effects house founded by George Lucas in 1975 as production began on Star Wars.

The shit is white with black arms with the famous ILM logo featuring a top-hatted magician rising from an industrial gear embossed with the initials ILM which was designed by noted poster artist Drew Struzan. To the rear of the shirt is the name of the company and the location Marin County, CA where they moved in 1978 following the production of Star Wars. An identical shirt can be seen worn by George Lucas himself behind the scenes on Indiana Jones and the Last Crusade.

The shirt is a pre shrunk extra small and remains in good used condition with some minor staining.

A fine piece from one of the most important visual effects organisations in the history of the motion picture.