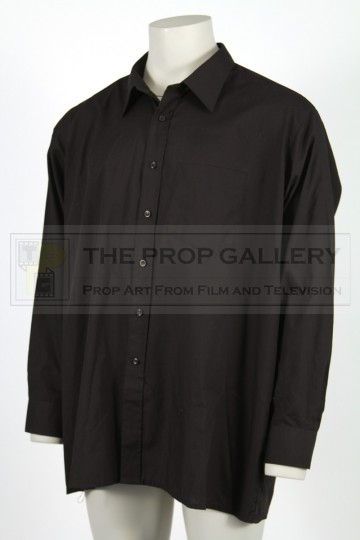 From the 2007 two part serial Daleks in Manhattan/Evolution of the Daleks starring David Tennant as The Doctor this is an original shirt as worn by Mr. Diagoris (Eric Loren) who becomes the human Dalek Sec in the part one cliffhanger. This black Rael Brook branded shirt is a larger size than the shirts worn by Loren as Diagoris and was specifically to be worn with the Dalek Sec head which required a significantly larger collar size, accompanied by a bag from Angels the Costumiers who supplied the wardrobe to production.

The shirt remains in near perfect production used condition throughout, extremely fine.

An affordable piece of original wardrobe from this cult science fiction series.