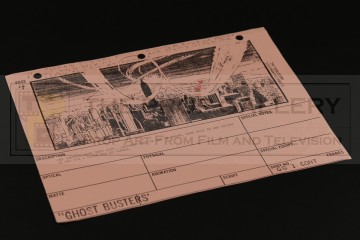 An original storyboard used in the production of Ghostbusters, the 1984 science fiction comedy starring Bill Murray and Dan Aykroyd under the direction of Ivan Reitman.