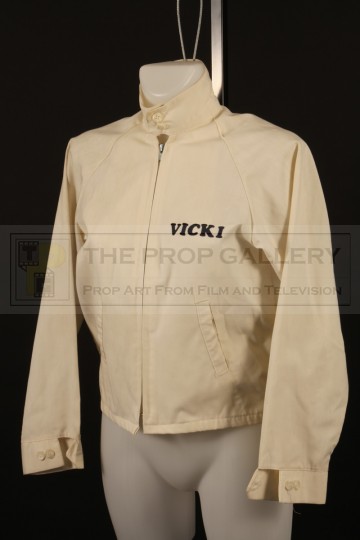 Dukes of Hazzard (The)

An original crew jacket from the production of The Dukes of Hazzard, the classic American television series first broadcast in 1979.

These jackets were issued to crew members during the production of the series, the white polyester and cotton jacket features a zip up front with 'VICKI' embroidered to the left breast and a large colourful stylised logo the back which features the name of the series and the now iconic car.

The jacket remains in excellent vintage condition throughout, extremely fine.

A rare and displayable example of original material from this classic television series.