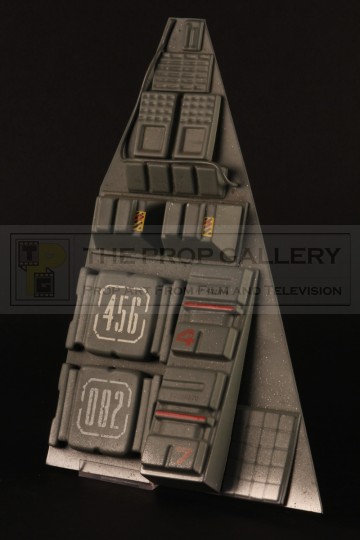 This wall panel section formed part of the Sulaco Dropship bay miniature set which was constructed 1:12 scale of the full size Pinewood Studios set. The panel is constructed from a number of vacuum formed sections which have been glued to a rear panel of plastic, the miniature is finished in grey spray paint and features hand applied sticker and number details, it is unpainted to the verso with the remains of the glue which was used to attach it to the miniature set.

The miniature panel measures approximately 12.5" x 8.25" at its widest points and remains in excellent production used condition with some lifting to the detail owing to ageing glue, otherwise fine.