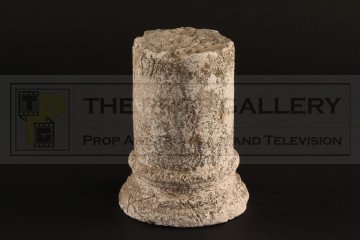 Constructed from plaster this miniature building section stands an approximately 6.5" tall and measures 4.75" in diameter at the widest point, it remains in generally excellent production used condition with some minor wear and paint loss.