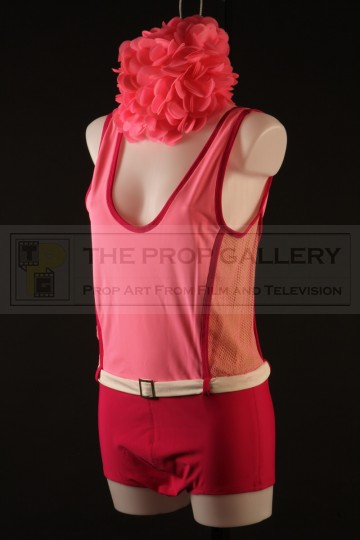 Austin Powers: The Spy Who Shagged Me

An original costume used in the production of Austin Powers: The Spy Who Shagged Me, the 1999 comedy action picture starring Mike Myers in the title role.

This synchronised swimming costume was worn by Mike Myers as Austin Powers in the memorable opening sequence of the film. The brightly coloured pink swimsuit differs from the others seen in the sequence and is custom made from a spandex like material featuring net sides and integral belt detailing, the costume is complete with the original decorative swimming cap.

A rare and memorable example of principal character wardrobe from this highly regarded comedy franchise.